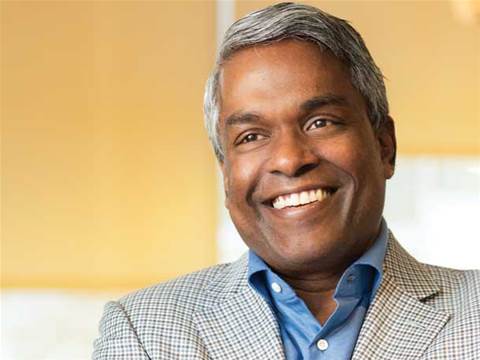 Thomas Kurian gives top marks to Google Cloud’s stewardship of its growing channel partner program during his nearly three-year tenure as CEO of the No. 3 cloud computing provider.

“I think we’re an ‘A’ in terms of what we’ve enabled for partners,” Kurian told CRN US in an exclusive interview when asked to rate the performance of the Google Cloud Partner Advantage program.

“If you look at where we were in 2018, early 2019, relative to where we are today, I would say partners have expressed to me personally--many partners--that we’ve far exceeded their expectations,” Kurian said. “And frankly, many more partners want to join us because the partners who we made commitments to have seen success with us.”

“At that time, people told us, ‘Hey, you’re so far behind, you won’t have a shot,’” he said. “The fact that we’re winning customers, we’re winning them at a faster rate, and we’re winning bigger customers for longer projects tells you something.”

Under Kurian, Google Cloud revenue--which includes Google Cloud Platform and Google Workspace--ballooned to US$13.06 billion in 2020 from US$5.84 billion in 2018. Google Cloud’s second-quarter performance this year puts it on track for an US$18.5 billion annualized revenue run rate in 2021, although the business remains unprofitable, posting a US$591 million operating loss for the three months ended June 30.

Partners have been key to the success of Google Cloud, which has a goal of 100 percent partner attachment to all sales deals and professional engagements. The cloud provider revamped its partner program in mid-2019 as Google Cloud Partner Advantage to make it easier for partners to engage with it and accelerate their work with customers.

“Strategically, we recognise that cloud is a platform, and in order for us to succeed, we need to help partners build profitable businesses along with us to deliver solutions on top of this platform,” Kurian said. “Our goal is to be partner-led and partner-delivered for professional services.”

For partners, a key aspect of Google Cloud’s go-to-market strategy is that its internal sales team’s compensation is “comp-neutral” when it comes to selling with partners, according to Google Cloud channel chief Carolee Gearhart, vice president of worldwide channel sales and global SMB sales.

“This means all of us are just lined up around … really what’s best for the customer,” Gearhart said.

Kurian based his “A” grade for the Partner Advantage program on the health of Google Cloud partners, including how much business is transacted through Google Cloud Marketplace, the deal attachment that partners are seeing and the growth in the practices of Google Cloud global systems integrators.

“If you just walk through the global system integrators--Accenture, Deloitte, TCS, Wipro, HCL, Infosys, Cognizant, Atos, Capgemini--every single one of them have seen substantial growth with us,” Kurian said. “From our point of view, the most important metric we track is are we delivering successful outcomes for our customers along with our partners, and our success measured by that has been very strong.”

“[Google Cloud] Marketplace third-party revenue is up over 300 percent year over year relative to 2020, and we’ve done four times the number of million-dollar-plus deals,” Kurian said. “All of these show that … our business is growing very fast, we’re very focused on making [partners] successful, and partners who have made bets with us have seen results with very strong growth.”

That will be a big part of the message to partners at the Google Cloud Next ’21 conference that starts Tuesday. The cloud provider is unveiling new and expanded technology partnerships across its business: with NetApp and Citrix Systems in the infrastructure space; Informatica, Tableau, Trifacta and Fivetran in the analytics space; Cybereason, CrowdStrike and Palo Alto Networks in security; and Climate Engine, Geotab, NGIS, Carto and others around sustainability.

“These partnerships with technology and ISV partners create more opportunity not just for the ISV, but also for our broader channel partner ecosystem, including professional services,” Kurian said.

After Kurian took on his leadership role at Google Cloud, Gearhart remembers only days later getting a sheet of paper from him listing all his thoughts on working with partners.

“You couldn’t ask for more in terms of support and also being very, very consistent,” Gearhart said. “In the end, partners ... bet on us because they want to invest in a forward-looking business, and that means you’ve got to behave in a consistent way that they can really build around. Thomas has been at the forefront of really reinforcing that.”

“His clear vision of building both an increasingly robust Google Cloud enterprise sales organization and thriving partner channel that coexist successfully together has been the key to the growth of the Partner Advantage program,” Ruge said.

“Google continues the partner-friendly mantra of ‘100 percent partner attach’ for opportunities, knowing that both global systems integrators and regional systems integrators bring the expertise, at scale, to deliver for our joint clients. In the fashion of collaboration and teaming, many of us partners also work closely with the Google Professional Services Organization to co-deliver on projects. The bi-directional support keeps us all happy about the current state, but also enthusiastic about the future.”

Eliminating departmental friction within MSPs
By Donna Goodison
Oct 13 2021
6:44AM