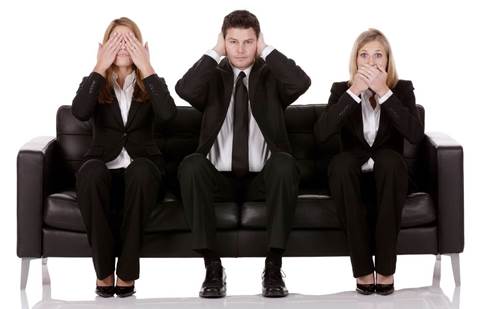 “AWS does not allow or approve use of the terms ‘multi-cloud,’ ‘cross cloud,’ ‘any cloud,’ ‘every cloud’ or any other language that implies designing or supporting more than one cloud provider,” the guide states. “In this same vein, AWS will also not approve references to multiple cloud providers (by name, logo, or generically).”

Robert Enslin, Google Cloud’s new global customer operations president since April, responded with this tweet yesterday: “Multi-cloud is a reality for many customers, and we embrace openness and choice. #Anthos,” and a link to CRN Australia’s original report on the guide’s prohibitions.

Multi-cloud is a reality for many customers, and we embrace openness and choice. #Anthos https://t.co/W5AHmojRRM

Unveiled in April, Google Cloud’s hybrid and multi-cloud Anthos platform with application delivery and management capabilities that extend beyond customers’ on-premises data centres and Google Cloud to competitors’ third-party clouds, including those of rivals AWS and Microsoft Azure.

“AWS does not allow or approve use of the terms ‘multi-cloud,’ ‘cross cloud,’ ‘any cloud,’ ‘every cloud’ or any other language that implies designing or supporting more than one cloud provider,” that guide states. “If you prefer not to refer to AWS specifically, you may reference ‘the cloud’ or ‘your cloud.’ Note that architecture diagrams or graphics showing multiple cloud providers (by name, logo or generically) will also not be approved.”

While AWS may approve partners using the terms “hybrid,” “hybrid architecture” and “hybrid cloud” in their messaging, those terms can’t be used to describe AWS under the guidelines.

“When describing your solution related to a hybrid cloud architecture, please describe it as extending or connecting an on-premises environment to AWS,” the guidelines state. “AWS does not approve the use of the terms ‘AWS hybrid’ or ‘AWS hybrid cloud.’”

Partners also must refrain from stating that their solutions run “in” AWS.

“It is more appropriate to reference that it runs ‘on’ AWS,” the guide states. “Stating that something runs ‘in’ AWS makes it sound more integrated than it actually is. Similarly, please don’t use the word ‘integrated’ or ‘integrates’ to describe how your technical solution works with AWS services.”

APN Partners shouldn’t even refer to their companies as an “AWS Partner,” which also is not an approved term.

“APN Partners can refer to themselves, or be referenced as, an APN Partner or member of the APN, but the first reference -- depending on whether Amazon Web Services (AWS) has already been introduced in the copy -- should say ‘AWS Partner Network (APN).’ After the first use, APN or AWS Partner Network are acceptable terms,” the APN Messaging and Branding Guide states.

Eliminating departmental friction within MSPs
By Donna Goodison
Aug 16 2019
11:41AM