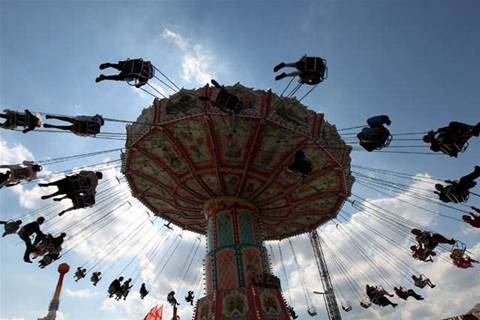 Google Cloud has a new ANZ boss: former Salesforce APAC GM and vice president Mark Innes has come across to serve as vice president of Australia and Zealand and APAC Industry Verticals.

Innes was replaced at Salesforce by former Microsoft Australia MD Pip Marlow in August 2018. At the time Salesforce said Innes had gone "on sabbatical".

Google's used the term "stepping down" to describe the fate of incumbent ANZ Cloud leader Colin Timm and thanked him for his service.

"Colin Timm has been instrumental in building the business over the last two years. We deeply appreciate his contributions and wish him the best as he steps down to explore opportunities outside of Google,” the company said in a statement.

Google has praised Innes as possessing "many years of rich expertise growing enterprise businesses across APAC” and saying "He will be responsible for managing Google Cloud’s business in Australia and New Zealand as well as leading the APAC vertical strategy for Google Cloud’s priority industries."

Innes will need all the acumen he accrued at Salesforce in his new role. Google's cloud is well-regarded and arguably a leader in AI and Kubernetes, and offers an interesting hybrid cloud play with its Anthos stack and has a new competitive play thanks to the recent acquisition of VMware-to-cloud migration company CloudSimple.

But Google is solidly the third-most-used-and-paid-for cloud after AWS and Azure, while the company lacks the customers, channels and ecosystems that nourish other cloud rivals like IBM and Oracle.

Google can point to some very high-profile customers, but industry chatter suggests discounting was a factor in some wins.