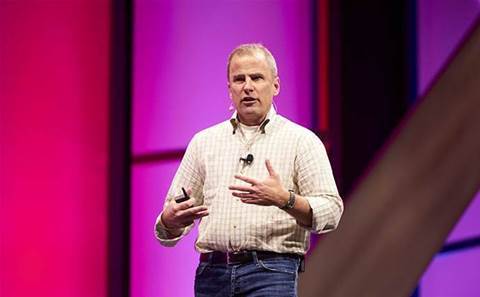 Google is turning to resellers to help its cloud operation become a "great Windows platform" and lure Microsoft shops away from Azure.

At its Google Cloud Next conference in San Francisco today, the technology giant announced a new Windows partner program designed to assist companies with Windows environments migrate to the Google Cloud Platform (GCP).

Google is trying to capture those shifting Windows environments from in-house data centres as well as other cloud providers.

Its new Windows partner program formalises the training Google already provides its cloud partners to "make sure they know the right way to work with" GCP.

Google has been increasingly growing its support for Windows workloads on its cloud platform, through things like pre-configured images for Microsoft SQL Server Enterprise and Windows Server Core on Compute Engine, and support for applications built on ASP.NET.

It has previously said it wants to build a cloud environment for enterprise Windows "that leads the industry”.

The company today announced general availability of SQL Server Enterprise on GCP as well as a beta version of .NET for Google App Engine and Container Engine.

Google said expanding into the .NET and Windows ecosystem necessitated training for system integrators to make sure their customers were best utilising GCP with Windows and .NET apps and services.