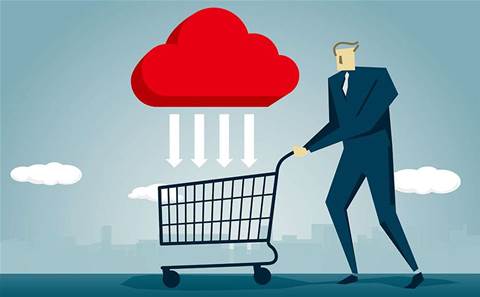 The cloud computing provider will roll out the new program in the first half of this year, according to Kevin Ichhpurani, corporate vice president of Google Cloud’s global ecosystem and channels, who did not share the economics of the initiative.

Launched in 2018, the online Google Cloud Marketplace allows customers to procure and deploy software packages that run on Google Cloud without having to manually configure the software, virtual machine instances, storage or network settings. The third-party solutions have been vetted by Google Cloud and can be integrated with Google Cloud, on-premises and multi-cloud projects. Purchases are added to customers’ existing Google Cloud invoices.

Google Cloud acknowledged, however—as reported in a December article in The Information—that some resellers already had been selling third-party software solutions through its marketplace, and that it recently has “clarified” its policy that prohibits the practice. Google Cloud has not seen that clarification as a “big topic” among partners with the exception of a few, according to Ichhpurani.

Giving resellers that ability—which rivals Amazon Web Services (AWS) and Microsoft Azure already allow through their marketplaces—always was on Google Cloud’s road map and its enablement was “just a matter of timing,” he said.

Google Cloud does not break out its revenue for Google Cloud Marketplace, but said it’s seen a 550 percent increase in gross third-party transaction value for its first three quarters of 2021 compared with the same period for 2020. That’s up from a 300 percent increase for the first two quarters.

“We‘re seeing a lot of traction in the ISV marketplace, and that’s why we’re not only increasing the resources for technology, co-innovation, technical architects working with partners, but also go-to-market resources to actually take solutions to market,” Ichhpurani said.

Google Cloud has standardized its marketplace revenue share to 3 percent for all eligible ISV partners. That means if an ISV sells its product to an end customer for US$100 on Google Cloud Marketplace, for example, Google Cloud’s cut of that would be 3 percent of that, or US$3.

“That will reduce the friction even further of selling via the marketplace and we think will continue to drive more growth in the marketplace,” Ichhpurani said.

Google Cloud’s previous rate ranged “tremendously,” based on the volume of transactions by ISVs, all the way up to 20 percent, he said.

Microsoft similarly cut its commercial marketplace fees to 3 percent, from 20 percent, in July for its Azure Marketplace and AppSource. AWS did not immediately respond to an inquiry about its AWS Marketplace fee.

Grabbing the hybrid cloud opportunity with Lenovo and Azure Services
By Donna Goodison
Jan 13 2022
11:49AM