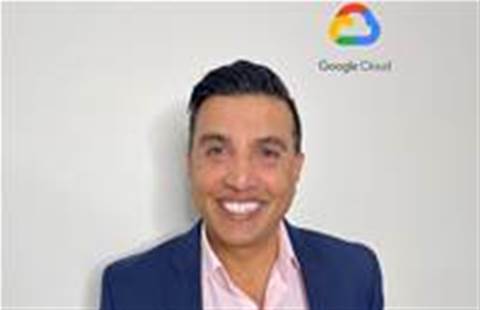 Dias spent almost five and a half years with VMware, most recently as Asia Pacific and Japan networking and security vice president.

According to a statement from the company, Dias will be based in Sydney and responsible for driving the go-to-market strategy, deepening relationships with customers and partners, and for operational execution across the ANZ region.

On his appointment, Dias said, “I’m thrilled to embark on this new journey. Google Cloud’s innovative technology and industry-based solutions support some of the most digitally advanced organisations in the region. I’m excited to continue this growth and support even more ANZ businesses.”

During his tenure at VMware, Dias led the software-defined data centre teams across Asia Pacific and Japan, and did a stint as the company’s ANZ vice president and managing director.

Prior to VMware, he held leadership positions in EMC, CA Technologies and Soft Centre.

“Alister brings a wealth of experience to this role, blending proven technical and sales expertise with people and culture-centric leadership skills. He joins us at an exciting time of growth as we build on our momentum working with enterprise and digital native customers and partners across Australia and New Zealand,” Google Cloud Asia Pacific vice president Karan Bajwa said.

Grow your software revenue by selling these 5 affordable, essential tools for the modern workplace
By Ben Moore
Jul 28 2021
6:49AM