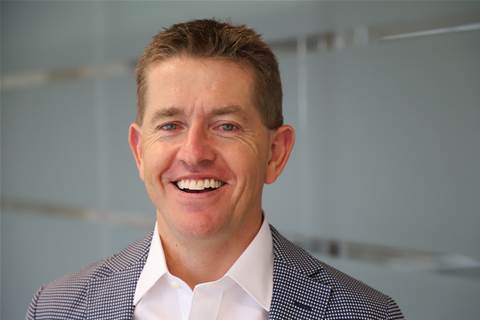 Google Cloud has a new channel chief for the Asia Pacific region with the appointment of Anthony McMahon as its new managing director, partners and alliances for APAC.

McMahon joins the company from GitLab where he was head of the Asia Pacific and Japan (APJ) region for close to three years. Before that he spent more than seven years at SAP in Singapore where he was ultimately the German software giant’s channel chief in the region.

Before SAP, McMahon spent more than 16 years at HPE - then HP - in various roles senior including head of webOS, mobility, software and servers and storage.

In the Sydney-based role with Google Cloud, McMahon will be responsible for leading the company’s partnership business, including overseeing and deepening key partner relationships across the region, according to a company statement.

Earlier this month, Synnex Australia announced it had added Google Cloud to its software offerings, extending the distributor's relationship with the global search and software giant.

The deal was the latest partnership for the two companies which began in December 2020 with a deal to distribute Google Workspace and was followed with a Google Workspace for Education distribution agreement in March 2021.

In April it was revealed that Google Cloud was the bright spot for its parent companies Google and Alphabet during the first quarter of 2022, with sales rising 44 percent year over year to US$5.82 billion.

At the time Alphabet and Google CEO Sundar Pichai touted the “strong performance across Google Cloud Platform and Workspace” while also providing his vision for the cloud giant’s future during his company’s first quarter 2022 financial earnings report.

Grow your software revenue by selling these 5 affordable, essential tools for the modern workplace
By Chris Player
May 10 2022
11:09AM