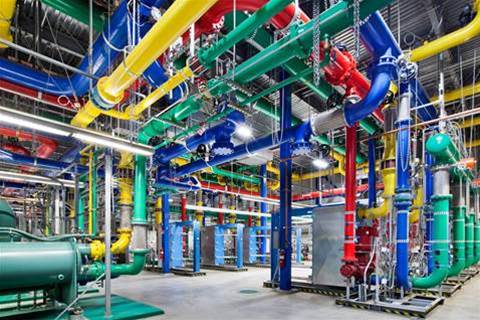 Revenue jumped 45 percent in the third quarter for Google Cloud, driven by its data processing and analytics strengths, the digital shift to the cloud accelerated by the coronavirus pandemic, and its multi-cloud strategy, according to Alphabet/Google CEO Sundar Pichai.

Google Cloud was an earnings bright spot for parent company Alphabet, which said it saw broad-based increases in advertiser spending for Google Search and YouTube, as well as ongoing strength in Google Play for the third quarter that ended on 30 September.

Google Cloud’s revenue -- which includes sales from Google Cloud Platform (GCP), Google Workspace (formerly G Suite) productivity tools and other enterprise cloud services – increased to US$3.44 billion, compared to US$2.38 billion in the same quarter last year and just more than US$3 billion in the second quarter.

GCP’s revenue growth rate was meaningfully above cloud overall, according to Ruth Porat, chief financial officer for Alphabet/Google, while Google Workspace results were driven by seat growth followed by growth in average revenue per seat.

“We are investing aggressively in cloud given the opportunity that we see,” Porat said. “Frankly, the fact that we were later relative to peers, we’re very encouraged by the pace of customer wins and the very strong revenue growth in both GCP and Workspace. We do believe we‘re still early in this journey.”

As the shift to digital accelerates, Google Cloud continues to provide a foundation for data processing and analytics -- one of the fastest growing segments of the market, Pichai said. BigQuery -- Google Cloud‘s fully managed data warehouse that provides real-time and predictive analytics -- is winning retailers like Best Buy and helping them create better experiences for shoppers, he said.

“Customers value our differentiated AI/ML-based, industry-specific solutions,” Pichai said. “This is leading to significant wins with brands like Unilever…and Reckitt Benckiser. Additionally, we are working with government agencies like the U.S. Navy to modernize maintenance operations for vessels and facilities. We‘re also partnering with the Defense Innovation Unit, part of the U.S. Department of Defense, to help military doctors with cancer-detection research. And recently, we signed an enterprise agreement with the U.S. Department of Energy to help scale research efforts and innovate across national labs and field sites.”

Google Cloud growth also is being fueled by customers increasingly moving to the cloud to drive efficiencies and lower IT costs.

“Our strength in multi-cloud is an advantage here,” Pichai said. “This is helping us win large data center and IT transformation deals like Nokia, which recently announced it‘s migrating and modernizing approximately 30 data centers across 12 countries onto Google Cloud.”

The changing nature of work – propelled by the work-from-home shift during the coronavirus pandemic -- is creating a more collaborative world, and customers are looking to support hybrid work environments, according to Pichai.

Earlier this month, Google announced Google Workspace, its rebranded G Suite offering that has more features for enterprise customers and new ways for them to buy its productivity and collaboration tools.

“This is helping organizations like the state of West Virginia and shipping company Ocean Network Express improve collaboration productivity for their employees,” Pichai said.

“I’m pleased with the execution,” Pichai said. “It‘s been a very consistent, focused strategy -- the focus on the five major geographies, the four customer segments and the six priority industries: healthcare retail, financial services, media and entertainment, manufacturing and public sector. That focus and going deeper and scaling our go-to-market, both in terms of our people (and) our partners (has) been key. Some of the key differentiators are playing out particularly as we have taken them deeper as unique industry solutions.”

There’s a time lag between hiring and training sales employees and when a company enables them to be more productive, Pichai noted.

“I can see it ramping, and I can see the results come into play,” he said.

Starting with Alphabet’s fourth-quarter results, the company will break out Google Cloud as a separate reporting segment.

“Given the progress we are making and opportunity for Google Cloud in this growing global market, we continue to invest aggressively to build our go-to-market capabilities, execute against our product roadmap and extend the global footprint of our infrastructure,” Pichai said. “With the segmentation, you‘ll additionally see information about the scale of our investments, which should help you gauge the progress we are making on the multi-year path ahead to create sustainable value.”

Alphabet also will disclose full-year Google Cloud results for 2018 through 2020. “We‘ll be providing not just the revenue disaggregation data that we expanded earlier this year, but we will be adding operating income for each of our segments, which we think is the most relevant data,” Porat said

Overall third-quarter revenue for parent company Alphabet hit US$46.17 billion, an increase of 14 percent from last year’s third quarter, when growth had accelerated 20 percent. Net income jumped to US$11.27 billion or US$16.40 in earnings per share (EPS), compared to US$7.07 billion or US$10.12 EPS from the same period last year. Alphabet beat Wall Street’s revenue expectations by US$3.3 billion and EPS by US$5.19.

The revenue increase came after the company posted its first quarterly revenue decline since going public in 2004 in the second quarter, which it attributed to lower customer advertising spending amid the coronavirus pandemic.

“We are pleased with the improvement in profitability versus the prior quarter, reflecting both the revenue performance versus Q2, as well as the tactical adjustments we made to slow down certain categories of spend in response to (the coronavirus),” Porat said.

“In particular, the deceleration in headcount growth this quarter reflects the actions we took at the outset of the pandemic, to focus hiring on our highest-priority areas like Google Cloud. Excluding the impact of closing the pending Fitbit acquisition, we expect a moderate further deceleration in the pace of headcount growth in the fourth quarter. We also saw the impact of steps we took to slow down some categories of marketing spend.”

Google increased its employee headcount to 132,121 employees in the third quarter, up from 127,498 at the end of the second quarter, with the majority of new hires being engineers and product managers. The most sizeable increases were in Google Cloud technical and sales roles.

Pichai called the quarter a strong one, consistent with the broader online environment. The results are a testament to the company’s deep investments in AI and other technologies to improve Google Search and “deliver services that people turn to for help, in moments big and small, he said.

Google Search and US DOJ lawsuit

Google Search and other advertising revenue climbed 6 percent to US$26.34 billion in the third quarter, compared to US$24.74 billion in the same period last year, as advertisers’ spending began to pick up in August.

“We saw an improvement in advertisers‘ spend across all geographies and most of our verticals, with the world accelerating its transition to online and digital services,” Pichai said.

“We believe that our products are creating significant consumer benefits, and we‘ll confidently make our case,” Pichai said. “Our company’s focus remains on continuing our work to build a search product that people love and value. We are proud that people choose Google Search, not because they have to, but because it’s helpful.”

Google is facing further regulatory scrutiny in the United States and abroad. Yesterday, Pichai testified before a U.S. Senate committee yesterday on Section 230 of the federal Communications Decency Act, which protects online platforms and internet companies such as Google from being liable for material posted by their users and allows them to, in “good faith,” moderate and remove user-generated content that it considers to be objectionable.

“Scrutiny is not new for us and, in some ways, it‘s now sector-wide and not surprisingly so,” Pichai said. “We will engage constructively where possible, and as we have shown through some of the past cases, we’re confident about the benefits we bring to our users. We’ll make our case where there is feedback or rulings. We’ll be flexible and adapt. While there’s a lot on the legislative and regulatory front, as some of this gets resolved, it also creates certainty and, in some cases, clarity and opportunities as well.”

Google’s YouTube advertising revenue grew to US$5.04 billion in the third quarter, up 5 percent from US$3.8 billion in the same period last year, driven by ongoing substantial growth in direct response, followed by a rebound in brand advertising from increased spending by advertisers, according to Porat.

As a sign of the times, views for guided meditation videos are up 40 percent since mid-March, while do-it-yourself face mask tutorials have been viewed over 1 million times, Pichai noted.