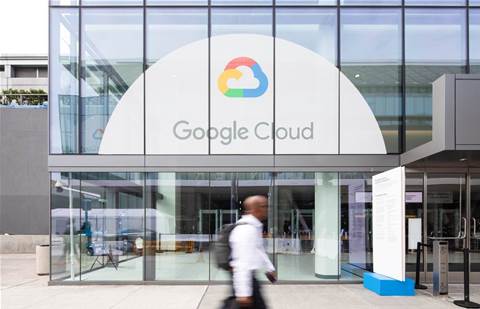 Google Cloud is stepping up its enterprise attack on rivals AWS and Microsoft with a major sales restructuring that places thousands of channel partners under its field sales organisation.

The new organisational flowchart sees Google's channel managers reporting directly to the go-to-market leadership in each territory and region in a bid to better align partners with internal sales teams.

"We're always optimising our channel to help our partners drive customer success," a Google spokesperson told CRN USA when asked about the changes. "This structure will enable us to work more closely with local customers and partners, and to take an approach to solutions and sales that is tailored to specific market needs."

That revamped structure is a substantial departure from Google's previous model, when partners were managed separately from the internal go-to-market apparatus, several Google Cloud partners familiar with the shift, all asking to remain anonymous, told CRN.

It's the first major channel move by former Oracle president Thomas Kurian, who took over Google Cloud as its CEO in January. Since then, Kurian has been aggressively working to introduce a more enterprise-savvy sales strategy to jump-start faster growth as Google chases public cloud frontrunners Amazon Web Services and Microsoft Azure.

The decision to place partner managers "into the geo and under the field sales leadership" came from "the top down" and has been pitched internally as an approach similar to one that proved successful at Oracle, one partner told CRN USA, based on multiple conversations he's had with Google employees.

The restructuring was announced internally at Google only in recent weeks, but doesn't seem to have been operationalised yet, another partner told CRN USA.

That shift essentially will make partners an extension of the sales organisation in every part of the world where Google operates, which he described as "a brilliant move."

"This will dramatically improve the co-selling motion in the market and will greatly improve the overall customer experience," that partner said.

The new structure will empower sales leaders to better assist partners by giving them direct access to profit and loss statements and greater authority to negotiate, structure and discount prices and margins on potential channel engagements, he said.

"They'll have negotiators on the team," he told CRN USA. In competitive situations, territorial sales leaders will work directly with the channel "to make sure there's a plan to win, that Google is not losing on price, and it's aligning with partners to make sure we're not getting outmaneuvered from an ease-of-doing-business standpoint with competitors."

The outgoing structure saw deals run up parallel channel and sales tracks, which was less efficient.

Another large Google partner, however, told CRN USA his firm is concerned that decentralising the channel org could create operational headaches by multiplying management and relationship-nurturing duties across regions as partners look to snag larger enterprise customers.

As the structure currently stands, that cloud reseller works directly with one partner development manager tasked with collaborating on strategic development, as well as a partner sales manager working directly with Google's sales teams to connect partners to specific deals.

Google Cloud is growing faster than AWS, as should be expected because of Amazon's much larger business, and at a comparable rate to Azure over the last four quarters, according to Synergy.