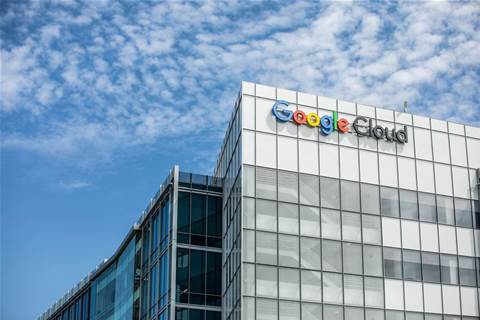 Google Cloud, which continues to boost the capabilities of its hybrid and multi-cloud Anthos platform, today announced the general availability of Anthos on AWS.

As CRN first reported on April 7, Google Cloud had planned to herald the development at its Next ’20: Digital Connect event that was scheduled to start that week before being postponed amid the deadly coronavirus pandemic. Google Cloud also had disclosed to CRN at the time that Anthos on Microsoft Azure was being tested with customers.

“With Anthos Config Management, you can now use a programmatic and declarative approach to manage policies for your VMs on Google Cloud just as you do for your containers,” Lin wrote in a blog post today. “This reduces the likelihood of configuration errors due to manual intervention while speeding up time to delivery. In the meantime, the platform ensures your applications are running with the desired state at all times.”

In the coming months, Anthos Service Mesh will include support for applications running in VMs, so customers can consistently manage security and policy across different workloads in Google Cloud, on-premises and in other clouds, according to Lin.

Google Cloud also is simplifying application modernization with its latest release of Migrate for Anthos, which lets customers cut their costs and improve performance without having to manually re-architect or re-platform workloads, according to Lin.

“With this latest release, you can simplify day-two operations and integrate migrated workloads with other Anthos services,” Lin said.

Later this year, Google Cloud plans to give customers the ability to run Anthos with no third-party hypervisor, “delivering even better performance, further reducing costs and eliminating the management overhead of yet another vendor relationship,” Lin said.

“This is also great for demanding workloads that require bare metal for performance or regulatory reasons,” she said.

The progress on Anthos is a big step forward in Google Cloud delivering on its vision for the platform, said Mark Brose, vice president of engineering at Agosto, a Minneapolis Google Cloud Premier Partner and cloud services and development company.

Grabbing the hybrid cloud opportunity with Lenovo and Azure Services
By Donna Goodison
Apr 24 2020
7:48AM