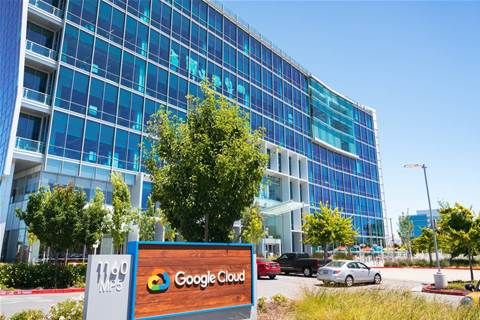 Google Cloud is debuting its new serverless Database Migration Service (DMS) that will support migrations of MySQL, PostgreSQL, and SQL Server databases to Cloud SQL -- its fully managed relational database service and one of its fastest-growing offerings – with minimal downtime.

Andi Gutmans, general manager and vice president of engineering for databases at Google Cloud, describes DMS as the “simple, easy, fast track to the cloud.”

“You can think about the Database Migration Service as being a super simple serverless way -- meaning customers don‘t have to manage any servers -- to basically replicate databases from their on-premises environments into Cloud SQL,” Gutmans told CRN. “They can also use it to replicate from other clouds or from self-managed databases on the Google Cloud.”

Google Cloud’s DMS has an edge over other commonly used solutions that move production databases to the cloud and often are more costly and error-prone, according to Gutmans (pictured above). Those solutions force customers to read through lots of documentation and are complex to set up from a networking standpoint, he said. They also can’t guarantee data fidelity and don’t take advantage of native database replication capabilities, which can introduce incompatibilities between the source and destination.

“We’ve decided to deliver a no-documentation-needed experience,” he said. “There’s a very easy, intuitive UI (user interface) to take customers through the steps and makes it very easy by even also generating scripts so they can run and kind of set everything up for them. It really is kind of a wizard -- that kind of a click, click, click, super easy -- a lot easier than what customers typically need to go through.”

And Google Cloud decided to depend on native database-replication capabilities, so it also maximizes compatibility, Gutmans said.

“In some other solutions, the replication is done outside of the database,” he said. “There‘s lots of little nuances of things that don’t work quite the way customers anticipate. Because we basically took the really simple, easy approach of just depending on the databases’ capabilities, we basically avoid a lot of those incompatible nuances.”

DMS for MySQL databases is now in public preview and being offered to customers at no extra charge for native like-to-like migrations. DMS for PostgreSQL is in private preview for limited customers, and DMS for SQL Server is “coming soon,” according to Google Cloud, which did not provide a timeline.

With DMS, Google Cloud wanted to help customers with the first step of what it considers to be a three-step journey – migration, modernization and transformation -- that customers make from their on-premises environments to the cloud, according to Gutmans, who joined Google Cloud in May after four-plus years at Amazon Web Services, most recently as vice president of analytics.

The initial migration stage involves the lifting and shifting of workloads and applications as-is into the cloud to gain agility and initial benefits from turning capital expenditures to operating expenses.

“We have customers who have a tight timeline, they have to shut off their data center, and they just want to move all the workload into the cloud,” Gutmans said. “We have additional scenarios where customers are running already on the cloud, but they‘re self-managing these databases, and they want to get the full benefit of using fully managed services.”

Gutmans pointed to research by Gartner, a Stamford, Conn.-based research and advisory firm, that predicts 75 percent of all databases will be deployed or migrated to a cloud platform by 2022.

“Customers are accelerating their digital transformation and looking at reinventing their business and, obviously, things like the (coronavirus) pandemic are only accelerating that as they need to touch and do their business mostly in a digital manner,” Gutmans said. “Given that most applications are data-driven applications, databases are just at that core of making sure that customers can really innovate and transform.”

The challenge that customers face when they try to migrate lots of databases at scale is it starts to get quite complex, according to Gutmans.

“They have to make sure that the source and destination databases can see each other from a networking perspective,” he said. “The connection needs to be secure from on premises into the cloud. And then customers, of course, want to minimize downtime, so the replication of databases from on premises to the cloud has to be online. And then the switchover -- moving from the production database being on premise to the cloud -- hopefully has minimal downtime.”

Once their databases are in Cloud SQL, Google Cloud’s DMS customers can take advantage of its integrations with Google Kubernetes Engine, its managed environment for deploying, managing and scaling containerized applications, and its serverless BigQuery multi-cloud data warehouse for analytics.

“In our private preview, we saw that the majority of customers were actually migrating databases from other clouds onto GCP (Google Cloud Platform),” Gutmans said.

Cirruseo has been using DMS to continuously replicate MySQL databases to the cloud.

“They’re actually querying that Cloud SQL database from BigQuery, which is our analytics system,” Gutmans said. “And they‘re using the BigQuery federated query capability, where you can query data both in BigQuery and in Cloud SQL at the same time. So not only are they getting this online replication from on premises to the cloud, but they went a step further and got this benefit of being able to analyze both their analytical data and their operational data at the same time. They have estimated that this is reducing the time that they’re actually spending on the toil to make this work by (more than) 75 percent.”

“Our ride-sharing app users are always active,” Ryde chief technology officer Nitin Dolli said in a statement. “When we made the decision to move to Google Cloud, we needed a way to migrate our production databases from Amazon RDS (Relational Database Service) to Cloud SQL. Database Migration Service made this simple, and we were able to complete the migration in less than a day, with minimal disruption to our users. Now that we’re fully migrated to Cloud SQL, we no longer need to worry about scaling, maintenance or other operations as we continue to grow. We can just focus on building robust applications.”

“Partners are very often at the center of customers‘ digital transformation journeys and moving into the cloud, and so they’re very interested in actually using this capability to help their customers transition in an easier way and in a more cost-effective way,” Gutmans said. “Of course, it also reduces some of the overhead on our partners, so they can really focus on the higher-value services that they need to deliver.”

DoiT has been using DMS since its release in alpha, according to Mike Royle, staff cloud architect for the 2019 Google Cloud Reseller Partner of the Year for North America.

“The top benefit is this will provide a zero-downtime migration path to Cloud SQL, which doesn’t exist at the moment for all of those flavors of Cloud SQL,” Royle said. “That is a very big deal.”

Customers with very large databases, especially with PostgreSQL databases, could see downtime of four to six hours while migrating with other solutions, according to Royle.

“Some customers can‘t handle that, so they haven’t been able to migrate,” he said. “This really changes the game and makes it possible for more customers to migrate that couldn’t before.”

DMS is the “last step in providing a world-class set of migration services that the other clouds don‘t have,” Royle said.

“When you couple this with the data migration service that actually moves data from S3 to Cloud Storage, and you have the BigQuery migration services, and you have...(Migrate for Compute Engine), in theory that allows you to migrate like for like to Google Cloud in a fully automated fashion all of your services, which makes that migration path much easier,” he said.