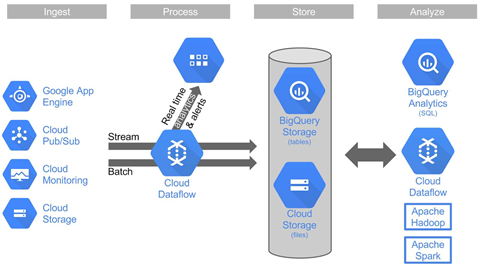 Google has again taken the axe to pricing for its Compute Engine cloud service, continuing what it said is a commitment to follow Moore's Law of reduced costs as technology develops and increases performance and capacity.

The smallest, or Micro class, of VMs gets the largest price cut, being reduced by 30 percent, Google said.

With the lowered fixed prices and automatic discounts when usage exceeds 25 percent, Google claimed its cloud platform is 40 percent cheaper than the competition.

The company also introduced a new class of preemptible virtual machines. These are aimed at developers with flexible workloads that can be run as batch jobs over short periods, such as graphics rendering, analytics, Hadoop MapReduce and other compute intensive tasks.

Cloud giants Amazon Web Services and Microsoft Azure have been locked into a price war with each other and Google, and regularly dropped costs for different service offerings, although the pace of reductions appear to have slowed down in 2015.

In March this year, Microsoft made Azure backups two-thirds less expensive and this year, AWS lowered its Elastic Map Reduce (EMR) pricing for the US GovCloud region but neither provider has announced costs as low as Google yet.