By David Ingram, Salvador Rodriguez and Heather Somerville on Aug 10, 2017 6:21AM 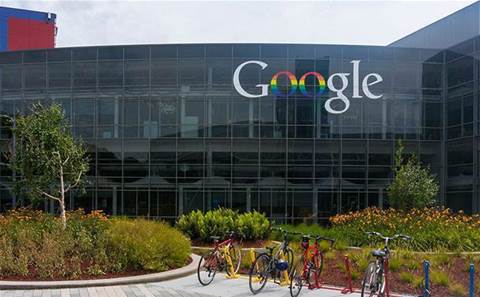 A Silicon Valley culture war pitting liberal-leaning tech firms against a small conservative cohort took on new intensity on Tuesday after Google fired a male engineer for a memo that decried the company's commitment to hiring women.

Memo author James Damore, 28, received jeers, cheers and a couple of job offers, while the debate raged on social media and some tech firms took steps to prevent similar episodes from embroiling their companies.

Damore confirmed his dismissal from Alphabet Inc's Google on Monday, after he wrote a 10-page memo that said the company was hostile to conservative viewpoints and that women on average have more neuroticism.

Many in Silicon Valley found his views, which argued that men in general may be biologically more suited to coding jobs than women, offensive and destructive. The manifesto was embraced by some, particularly on the political right, who branded him a brave truth-teller.

The episode recalled past examples of the wide gulf between US conservative activists and the tech sector.

In 2014, Brendan Eich was forced out as Mozilla's chief executive after his opposition to gay marriage became public. Most technology executives held the opposite view, and tech companies often gave benefits to same-sex couples well before gay marriage was legalised.

"Anyone who deviates from the talking points of the liberal left is shunned, shamed and forced out," Andrew Torba, chief executive of the social network Gab, said in an interview.

Torba, whose company is popular among conservatives, said Damore could work for him.

WikiLeaks publisher Julian Assange, whose group released hacked emails that helped the campaign of Republican US President Donald Trump, also offered Damore a job, writing on Twitter that "censorship is for losers".

Firing Damore was too extreme and Google should have put him through training instead, said Aaron Ginn, co-founder of the Lincoln Network, a group of libertarian-leaning tech workers and investors.

"You're going to make him a martyr. In this hyper-tribal political day we are in, I think you'd want to try to avoid making him a martyr," Ginn said.

The outcome of that dispute is not known. Hastings and Thiel remain on Facebook's board. Facebook declined to comment.

More generally, Silicon Valley tech companies have been under mounting criticism for not doing enough to promote gender equality and stamp out sexual harassment.

Claims of persistent sexual harassment in the ranks of Uber and of several venture capital firms have led to management shake-ups.

The US Labor Department is investigating Google to see whether the firm has unlawfully paid women less than men. Google denies that it does.

Google, which has used the motto "Don't be evil", received accolades from many quarters for treating Damore's memo as a threat to its corporate culture.

"What he wrote is extremely toxic to the tech community we are trying to support. He's categorising us in a way that makes us seem weak or incompetent," said Adriana Gascoigne, founder of the San Francisco nonprofit Girls in Tech.

Josh Reeves, chief executive at Gusto, a software company, said he expected the topic would come up at its all-staff meeting on Wednesday.

Gusto's code of conduct "specifically prohibits a memo like Damore's", Reeves said, if the memo would be offensive to individuals in a protected group.

Damore, who could not be reached for comment on Tuesday, said in an email to Reuters on Monday that he was exploring a possible legal challenge to his dismissal.

His case would likely be weak, employment lawyers said, and some lawyers said Google could have faced lawsuits if it had not acted against him.

US companies have broad latitude to restrict the speech of employees in private workplaces, where First Amendment protections against government censorship do not apply.

Damore's title at Google was software engineer and he had worked at the company since December 2013, according to a profile on LinkedIn.

The LinkedIn page also says Damore received a PhD in systems biology from Harvard University in 2013. Harvard said on Tuesday he completed a master's degree in the subject, not a PhD.

Industry experts note that in the early days of tech it was mostly women who held the then-unglamorous jobs of coding. But as the value of top-notch programming became clear, men came to dominate the field.

Other tech companies on Tuesday were closely watching the controversy at Google unfold, and grateful they were not the ones caught in another debate over gender and diversity.

"Every large organisation has a James Damore – but at tech companies, they're more liberated to share their personal views," an executive at one major Silicon Valley firm said, speaking on condition of anonymity.

Tech firms have an abundance of "smart, confident people who think they have an obligation to share their wisdom with their coworkers," the executive said.