Google Drive wants to hold all your data 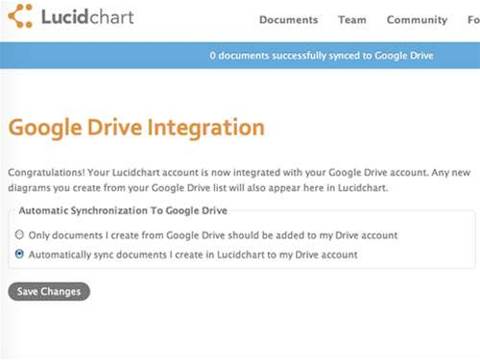 Google has already announced its online cloud storage space, Google Drive, will be available in a few months.

But it has also been hatching plans to make space for everything you do online.

The above photo shows Lucidchart, an online chart creation service that will allow Google Drive users to sync their online storage with that of the third-party website.

If this happens on a grand scale it could see Google’s Chromebook plan – to do away with hard drives and work over a constant internet connection – become a reality. Every site that would otherwise have to worry about the hosting costs of site storage will be able to offer creative spots with Google footing the storage bills.

Google is yet to announce when the storage offering will be released.

Cloud application revenue made easy
By Luke Edwards
Apr 16 2012
7:46AM