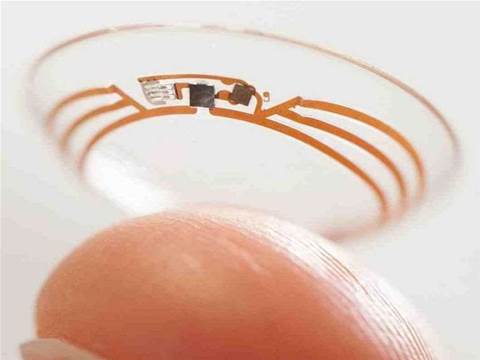 Google's smart contact lenses could be available faster than expected, thanks to a deal struck with Swiss pharmaceuticals giant Novartis.

The Basel-based company announced that its eyecare division, Alcon, has signed an agreement with Google to work on the sensor-laden lenses with the secretive Google X labs.

When Google unveiled its prototype "smart contact lens", the company said it could be used by diabetes sufferers to gage glucose levels through their tears over the course of a day.

This would eliminate the need for patients to take pin-prick blood tests several times a day to determine if they need to administer a shot of insulin.

Novartis said it was also interested in the possibility of treating severe presbyopia, also known as age-related long-sightedness, which leaves patients unable to read.

According to the pharmaceuticals company, the smart lens has the potential to "help restore the eye's natural autofocus on near objects".

In this scenario, the technology could be used either as a contact lens, or embedded in the actual eye in the form of an intraocular lens.

The companies hope that the involvement of Novartis' sub-division will also accelerate the technology's time to market - although they didn't say when the smart lenses would actually arrive.