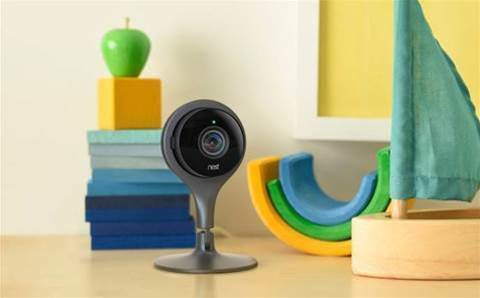 An ongoing feud between Amazon and Google means many of Google's products - including its Home, Chromecast and even Pixel devices - have not been stocked by the online retailer a couple of years. And now, it looks as though smart-home manufacturer Nest, also owned by Google, is set to suffer a similar fate.

According to Business Insider, Nest's employees were informed via a conference call at the end of last year that the retail giant would not be listing its newest products on its site.

Following this decision, Nest has now made the call to stop selling any of its products on Amazon, so once the remaining stock is gone it will not be restocked, Business Insider reports.

“Amazon told Nest that the decision came from the top – and that it had nothing to do with the quality of Nest products, which had great reviews on Amazon,” explains the site.

“Nest employees who were on the call ended the discussion under the impression that the decision had come from Amazon CEO Jeff Bezos, although Amazon's retail team didn't explicitly say that at any point, according to a person familiar with the call.”

Nest, which makes smart home products including security cameras and thermostats, has been owned by Google since 2014 and only last month its CEO announced that its hardware division was merging with Google's.

The timing of Amazon's decision to stop stocking Nest devices, therefore, comes as no surprise, especially since Amazon revealed only last week that it had bought smart doorbell manufacturer and Nest competitor Ring.

Prior to this, it has already demonstrated its ambitions for the smart-home space by announcing Amazon Key, a service that combines a smart lock with a cloud-connected camera to let delivery drivers open your front door and drop off packages.

Evidently, Amazon wants to be the biggest player in this market, so by not stocking products from its biggest rivals, it's simply one step closer to having that monopoly.

When it stopped stocking Apple TV and Chromecast products, Amazon claimed that it was so that its customers wouldn't be left frustrated by buying streaming devices that don't support Amazon Video.

But this latest move, along with the decision not to stock Google or Apple's smart speakers (the HomePod is available via Amazon Marketplace) suggests that Amazon isn't thinking with its customers interests at heart so much as it's simply giving its own products a head start in a race that'll likely shape the future of consumer technology.

Cloud application revenue made easy
By Edward Munn
Mar 8 2018
7:21AM