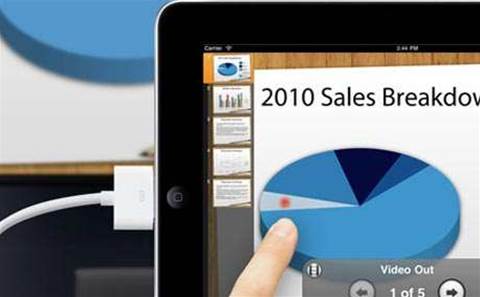 Google is upping the ante in the mobile office market by giving away its QuickOffice suite to Android and iOS users.

Google's sudden bout of generosity follows quick on the heels of Apple's decision to give a free copy of its iWorks apps - including Pages, Numbers and Keynote - to buyers of the the iPhone 5c and iPhone 5s.

QuickOffice, which works on both tablets and smartphones, allows users to create and edit documents on the move. It claims to be compatible with Microsoft Office, although support for heavily formatted documents, spreadsheets and presentations seemed patchy in our brief tests this morning.

Google is further sweetening the deal by offering QuickOffice users who sign into their Google Drive account before 26 September an extra 10GB of Drive storage for two years.

[Related: The unheralded enterprise angle for the new iPhone]

Google acquired QuickOffice last summer, and is reported to be working on porting the suite to its Chromebook devices.

However, Google's new free app comes at the expense of Quickoffice Pro and Quickoffice Pro HD. Users of those two apps can continue using them, but Google warns that both are "not fully compatible with iOS 7" and that all cloud storage services will become unavailable in both from 31 March 2014.