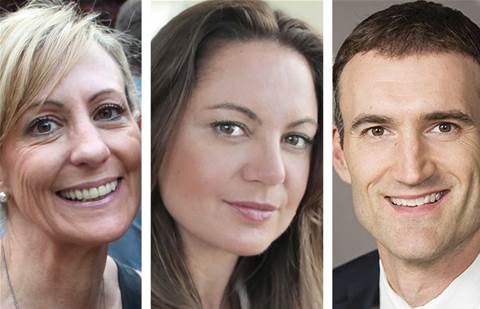 Google has made three key Australian and New Zealand executive hires as it looks to ramp up its cloud channel business in 2018.

The expanded Google Cloud team will see Moorhouse work alongside Van Gils in managerial roles to drive partner success. The two will report to Burton, who is set to lead the Google Cloud channel for ANZ.

Burton will report into Ash Willis, who retains his position as head of cloud partners for the Asia-Pacific and Japan region. The three new staff are expected to commence in early January 2018.

Moorhouse said she looked forward to being part of a team building out Google’s cloud ecosystem in Australia and New Zealand.

“Google is so well-known on the consumer side but now we are really heading into a new entrepreneurial stage from the enterprise perspective, and to be a part of building out that journey from its infancy is so exciting,” she said.

Moorhouse's time leading Microsoft's partner solution business was deeply involved with building out the cloud ecosystem, with a particular focus on Azure and Office 365, skills that will no doubt help a fledgling Google Cloud partner business in the region.

“Being able to bring that team’s success into a new and exciting scenario, being able to learn from the transformation we drove at Microsoft and leverage those skills to transform Google’s cloud business is a great new challenge,” she added.

Moorhouse joined VMware in April this year as head of general business for ANZ. Prior to that she served as a partner sales executive and manager at Microsoft from 2012 to 2017. Her previous roles also include senior sales positions at Blackberry, Macquarie Telecom and AAPT.

Van Gils joins Google from CA Technologies, where he has worked for seven years, most recently as ANZ director of partners and alliances. His previous positions include territory manager at NetIQ and business development manager for Macquarie Telecom.

“[The role is] really to expand on the existing ecosystem and to build a really strong partner route to market for Google Cloud, I think they’ve done a great job so far and they are just expanding the team, so I’ve been brought on board to help with that expansion,” Van Gils told CRN, adding that while he had enjoyed his time at CA, he was up for a change after seven years.

“I just needed to have a new challenge, this opportunity came along it was one that was too good to refuse. Whilst it still supports the channel, it's definitely going to be a new area and something new to get my teeth into.”

Burton, who left IBM in May this year, also brings with her channel experience from SAP, where she served as channel sales director from 2013 to 2015. Prior to that, she worked at VMware, joining in early 2007 as senior partner business manager and departing in 2013 as the manager of cloud and channels for Australia and New Zealand.