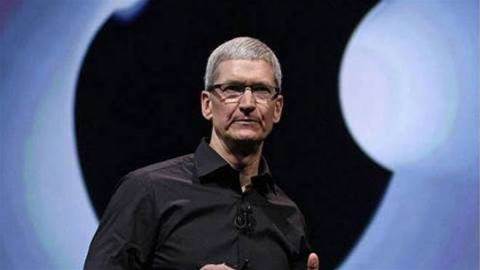 At a speech for the EPIC Champions of Freedom event in Washington, Cook launched a broadside against big companies that use personal data to make money from advertising. He also condemned governments seeking to undermine encryption services in the name of national security, calling the tactic “incredibly dangerous”.

Although Cook didn't name Google and Facebook by name, his speech was clearly targeted at rival companies. “I'm speaking to you from Silicon Valley, where some of the most prominent and successful companies have built their businesses by lulling their customers into complacency about their personal information,” said Cook, as reported by TechCrunch

“They're gobbling up everything they can learn about you and trying to monetise it. We think that's wrong. And it's not the kind of company that Apple wants to be."

The attack closely follows last week's Google I/O conference, during which the internet giant announced Google Photos – a service that offers unlimited free storage of photos and videos, coming as an obvious rival to the paid Apple iCloud service. Cook made clear reference to Google Photos in his speech.

“We believe the customer should be in control of their own information,” said Cook. “You might like these so-called free services, but we don't think they're worth having your email, your search history and now even your family photos data mined and sold off for God knows what advertising purpose. And we think some day, customers will see this for what it is.”

This isn't the first time Cook has spoken out against Silicon Valley rivals on privacy grounds. In September 2014 he published an open letter to customers that emphasised Apple's differing stance from other companies in its handling of personal information.

Apple has itself come under fire over privacy in the past. In November 2014, concerns were raised about personal files being automatically uploaded into the cloud, and several security experts have commented on security vulnerabilities with the Apple Watch. With this in mind, and with personal privacy becoming an ever-present concern, Cook's speech could be taken as a move to occupy the moral high ground and set his company against Google's rival services.

Cook went on to defend Apple's encryption tools, specifically against the US government's intention to create backdoors into encryption systems on the basis of national security.

“We think this is incredibly dangerous. We've been offering encryption tools in our products for years, and we're going to stay on that path,” Cook said.

“If you put a key under the mat for the cops, a burglar can find it too. Criminals are using every technology tool at their disposal to hack in to people's accounts. If they know there's a key hidden somewhere, they won't stop until they find it.”

On the same day as Cook's speech, the US senate passed the USA Freedom Act, ushering in huge surveillance reforms, replacing the Patriot Act and ending the bulk collection of Americans' phone records.

Cook's words, whether knowingly or not, tap into the atmosphere of distrust surrounding government intelligence agencies and, as a rhetorical tactic, this neatly positions his company on the moral side of the privacy argument. At least for the moment.