Google is done with making tablets 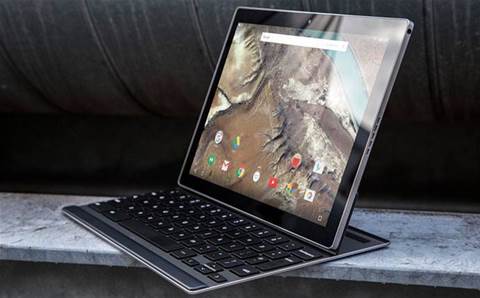 Google's top hardware executive confirmed Thursday that the company will not be producing new tablets in the future, a little more than half a year after the company's Pixel Slate tablet entered the market.

The company introduced the Pixel Slate, a 2-in-1 tablet running Chrome OS, at its October 2018 hardware event and commercially released the tablet in late November.

Now, however, Google will not produce a second-generation Pixel Slate—and has halted development on two Google-branded tablets that were in the works, according to several media reports.

In response to the reports, Rick Osterloh, senior vice president of devices and services at Google, said that "it's true" in a tweet. But he noted that Google will still produce its own laptops, and remains committed to working with hardware partners on tablets that run the company’s Chrome OS and Android operating systems.

"Google's HARDWARE team will be solely focused on building laptops moving forward, but make no mistake, Android & Chrome OS teams are 100% committed for the long-run on working with our partners on tablets for all segments of the market (consumer, enterprise, edu)," Osterloh said in the tweet.

In a follow-up tweet, he added that Google "will fully support Pixel Slate for the long-term as well."

The Pixel Slate had seen a "cold reception," as did a previous Google-branded tablet, the Pixel C, Business Insider reported. That's in contrast to the popularity of tablets such as Apple's iPad and Microsoft's Surface Pro series.

A Google spokesperson told CRN that “Chrome OS has grown in popularity across a broad range of form factors and we'll continue to work with our ecosystem of partners on laptops and tablets. For Google's first-party hardware efforts, we'll be focusing on Chrome OS laptops and will continue to support Pixel Slate.”

The company’s continued interest in laptops suggests there will be a successor to the Pixelbook, a highly portable Chrome OS laptop that Google debuted in the fall of 2017.

Grabbing the hybrid cloud opportunity with Lenovo and Azure Services
By Kyle Alspach
Jun 21 2019
11:21AM