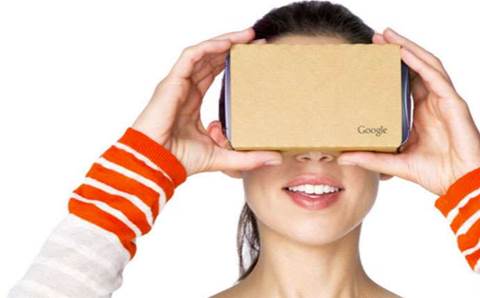 Compared with Facebook, Sony and Microsoft's heavy involvement in virtual and augmented reality, Google has kept relatively detached from the burgeoning technology. That now looks to change, with Alphabet reportedly opening a dedicated virtual reality division and selecting a new VR boss.

Citing people familiar with the matter, Re/code claims that CEO Sundar Pichai has chosen vice president for product management, Clay Bavor, to head up the VR arm. That looks to be the truth, seeing as Bavor has now changed his Twitter profile to read 'VP, Virtual Reality at Google'.

While in his former position, Bavor oversaw the Google Cardboard – Google's main foray so far into VR. Bavor was also in charge of a number of fundamental Google apps, including Gmail and Google Docs. That role is now reportedly falling under senior vice president Diane Greene.

The move signals a clear shift in Google's approach to virtual reality, with the omnipresent organisation having so far had somewhat of a flirtatious attitude to the emerging tech. Google Cardboard aimed to make VR accessible to a larger market, but with the Oculus Rift on the horizon the VR and AR race looks to have moved up a gear.

Re/code points out that the move could be connected to a continuing investment in augmented reality firm Magic Leap, which Google acquired in 2014. Whatever the case, it shows Google reacting in a big way to the teetering wave of virtual reality devices set to hit over the next year.