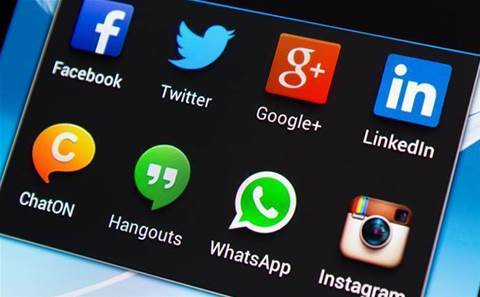 Google released an update to its internet chat tool Hangouts on Wednesday, aiming to make it suitable in workplaces so the Alphabet unit can compete with business software makers including Microsoft and Slack.

Hangouts Chat supports instant messaging across devices between workers, including group conversations. It also allows users to integrate widgets to access data from other corporate software in a chat window.

Google announced the service last March, but told Reuters it would be available to all customers for the first time on Wednesday.

Hangouts Chat sits in Google's G Suite, a workplace software package that includes email and word-processing tools, for which more than 4 million businesses globally pay as much as $25 per user each month.

Hangouts launched as a free service in 2013, but Google began tuning it for businesses when the company expanded enterprise sales efforts and sought to bring customers many of the same features it has internally.

"I see this as the second incantation of Hangouts," Scott Johnston, director of product management at Google, said in an interview. "We want to move toward helping people move faster at work."

But businesses have other options. Chat app Slack has signed up 50,000 paying teams as workers adopt more robust alternatives to email for long-distance communications. Microsoft's Teams provides similar functionality in its Office 365 package, which is well ahead of G Suite in customers.

Microsoft held about 37 percent, and Slack about 5 percent, of the nearly US$2 billion global market for collaboration software in 2016, according to research firm IDC.

Google is keeping a free version of Hangouts as it does for Gmail and Docs.

The paid version of Hangouts supports group conversations with up to 8000 participants. Messages save indefinitely by default, though granular controls are available.

Companies can link their databases with Hangouts Chat. For instance, teams at Google have integrated their bug-tracking, employee directory and IT support systems.

Or customers can pick among integrations with software from Salesforce.com Inc, Dialpad Inc and Kayak.

They also can use Google-developed artificial intelligence services, such as a meeting scheduler tool that sets group meeting times based on its understanding of individuals' work habits.

Google is bringing similar artificial intelligence to its calendar software, with a system that suggests a meeting location after analyzing a company's conference room listings and seating chart.