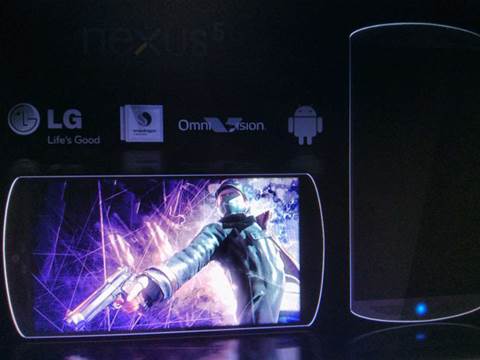 Prepare the salt shaker – we have a new smartphone rumour. This image, leaked over at Android and Me, purports to show the Google Nexus 5, successor to the wildly popular Google Nexus 4.

The blog notes that it's been sent in by an anonymous tipster claiming to be a Google staffer, though it concedes that there's a every chance that "some basement dweller is trolling us hard." Google is reportedly considering several prototypes from different manufacturers for release in October 2013; one of those prototypes is made by LG and goes by the codename "Megalodon."

It all sounds a little too good to be true – note the Watch_Dogs wallpaper on the leaked image. Though if it turns out to be for real, the Nexus 5 looks set to blow the Samsung Galaxy S4 and the HTC One out of the water. Let's just hope that Google avoids the supply chain problems that blighted the Google Nexus 4. So, would you buy a Google Nexus 5 with the aforementioned spec sheet?

Eliminating departmental friction within MSPs
By Stephen Graves
Mar 19 2013
8:11AM