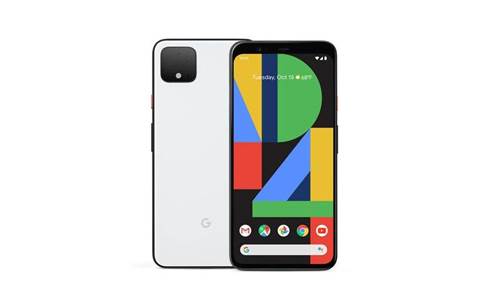 Google unveiled the Pixel 4 smartphone Tuesday with a number of features that aim to differentiate it from Apple's iPhone and Samsung's Galaxy lineups.

Key focus areas include the camera, with the Pixel 4 bringing the "largest camera upgrade yet" in the Pixel series, Google said.

Meanwhile, the Pixel 4 and a larger-screen variant, the Pixel 4 XL, will offer new capabilities such as touchless gestures along with an improved Google Assistant.

What follows are five key things to know about Google's Pixel 4.

Both phones will feature a bezel above and below the display, with Google ditching the iPhone-style notch cutout that had been central to the Pixel 3 XL design. The phones will also offer durable Corning Gorilla Glass 5 and a 90Hz "smooth display" refresh rate.

In unveiling the devices, Google noted that the display is the main area where the Pixel 4 differs from the Pixel 4 XL model; both phones will offer identical features otherwise (although some specs will differ, such as battery capacity).

Probably the most unique feature being introduced with the Pixel 4 is "Motion Sense," which brings hand gesture control to key apps in the phone. The Pixel 4 is the "first smartphone with a radar sensor," which enables gestures such as hand swipes as well as other new sensor capabilities, according to Google.

Hand gesture examples given by Google include swiping over the phone to silence a call or an alarm, or to skip a song. The company said it's invested significant engineering effort into ensuring Motion Sense can distinguish between intentional and unintentional gestures.

Meanwhile, Motion Sense also senses when you’ve walked away from the phone, allowing the phone to power down, Google said. When you approach, the sensor powers the Pixel 4 back up and also prepares the front-facing camera to enable faster facial recognition unlocking of the device, according to Google.

Importantly, privacy with Motion Sense is "built in from the start," the company said. All of the sensor's data is processed on the Pixel 4 itself and is not shared with other Google services, according to the company.

The Pixel 4 adds a second rear camera to its setup for the first time in the Pixel series, with a 16-megapixel telephoto camera joining the 12.2-megapixel main rear camera.

New capabilities coming with the Pixel 4 rear camera system include dual-exposure controls—separate sliders for adjusting the brightness and shadows while composing a shot.

In addition, the popular Night Sight feature is getting an upgrade on the Pixel 4 with improved capture of the night sky and stars, thanks to addition of new "astrophotography" capabilities.

Others specs and features

On performance, both Pixel 4 models will include the eight-core Qualcomm Snapdragon 855 (clock speed of up to 2.84GHz) and 6 GB of RAM. Internal storage options are for 64 GB or 128 GB.

Google didn't offer a battery life estimate for the new Pixel 4 models, but specs show that the Pixel 4 XL will have a significantly larger battery—3700 mAh—compared with the 2800 mAh battery on the Pixel 4.

The Pixel 4 will also be more useful thanks to the introduction of a new built-in app, Recorder, which will record audio and transcribe it in real time. Users can then jump to any part of the recording by searching in the text (similar to existing apps such as Otter). The Recorder functions are all performed in-device and do not require Wi-Fi or cellular connectivity, Google said.

Pre-orders for the Pixel 4 models begin Tuesday, and the devices will be shipping 24 October in three colours—white, black and a “limited-edition” orange colour.