Google opens Google+ to all 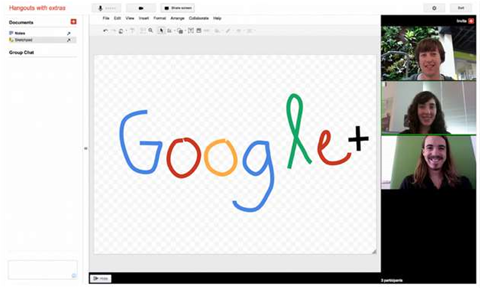 Google has unlocked its Facebook-killing Google+ to the masses, allowing anyone curious about the social network to join without an invitation.

The gates were opened Tuesday with an additional nine new features, including a mobile version of its Skype-like video chat feature Hangouts.

The app was currently limited to Android devices, however iOS support would come soon, according to Google’s senior vice president of engineering Vic Gundotra.

While the standard Hangouts allowed sharing between friends and acquaintances, a new feature Hangouts on Air would allow users to share video content with the public.

The feature will be limited to a few broadcasters initially, and, like so many other corporate and technology marketing teams, it will lean on pop star will.i.am to showcase the platform on Wednesday evening US-time.

Developers will be served too with a new Hangouts application protocol interface (API) making it possible to build apps that sit on top of its video platform.

Other Hangouts additions include sharing whatever is on your screen, a Brushes-like doodle app, Sketchpad, Docs, and Named Hangouts to allow users to set up a public profile for a topic of interest.

For the Facebook weary and Google+ uninitiated, Google pointed users here to try out its social network.

"We’re nowhere near done, but with the improvements we’ve made so far we’re ready to move from field trial to beta, and introduce our 100th feature: open signups," Gundotra said.

Google opened its social network a day prior to Facebook's premier conference f8, which kicks off in San Francisco.