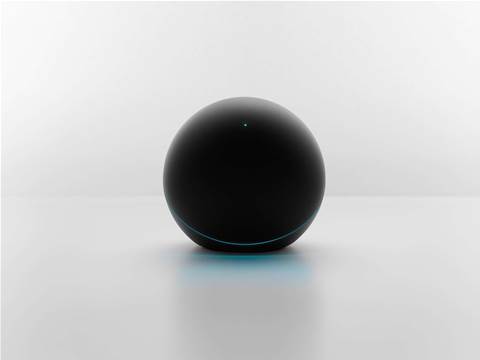 Google is hoping to preempt similar devices from rivals, according to The Wall Street Journal, and is planning to design, build and release at least one of the devices by autumn.

The original Nexus Q cost $299 and was designed from scratch by Google, piquing consumer interest with an unusual orb shape and ring of 32 LEDs. The device could be controlled via an Android handset, with music and films pulled down from the cloud rather than streamed from a smartphone or tablet.

But the device failed to take off, with initial reviews criticisng the Nexus Q's limited functionality. The company eventually halted new orders indefinitely and gave existing stock away for free, saying it wanted to add new features.

Little more has emerged on the Nexus Q's future since then, but updates to Google's Play Music and Play Movies apps have removed support for the Nexus Q entirely in recent weeks. The Register noted that Google filed papers with the US Federal Communications Commission for the mystery "H840" device which "functions as a media player", suggesting Google might be taking a different tack with its second attempt.

More wearable tech
Rumours that Google has been looking at adding to its wearable tech line-up with a connected watch have been swirling for some time. Sources told The Wall Street Journal the watch can pair with Android devices using Bluetooth, much like Google Glass.

Apple and Microsoft are also thought to be working on similar devices, while Sony and Samsung have already confirmed they'll release smart watches in the near future.

The sources also mentioned that Google is working on a gaming console powered by Android, following the efforts of Ouya, the maker of a $99 Android console, as well as Nvidia's Project Shield.