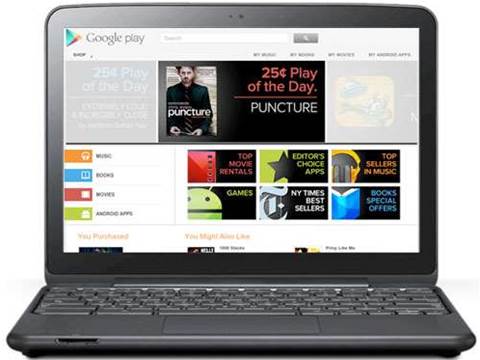 Google has announced that it will replace its Android Market with a new platform called Google Play, which will encompass all of its apps, books, music and movies under one umbrella moniker.

Each will receive its own 'Play' rebranding along the lines of Play Music, Play Books and so forth, with the Android Market itself being reborn as the Play Store.

This latest move suggests that Google is looking to aim for a widespread cloud-based software platform, and the occasion is being celebrated by a 'Seven Days to Play' sale which will see discounts applied to apps, books, movies and music during the next seven days.

Android 2.2 or higher devices should see a market update rolling out within the next week, so keep an eye out on your trusty Android device for the update notification before hitting up the Play Store to see the shiny new changes.

Eliminating departmental friction within MSPs
By Esat Dedezade
Mar 7 2012
8:31AM