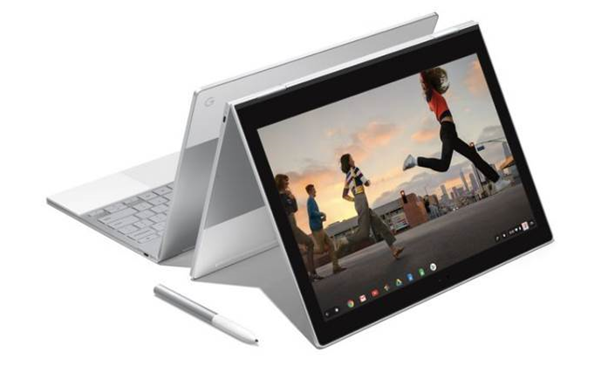 Google's new smartphone took centre stage at the tech giant's hardware launch event overnight, but there were a handful of other new products on show, including the new Pixelbook 2-in-1 laptop.

The new Chromebook features a revised form factor with a similar aesthetic to the Pixel 2 smartphone. It has a hinge that allows for 360-degree rotation, transforming the laptop into a tablet when needed.

The laptop is fitted with a 12.3-inch touchscreen sporting a 2560x1700 resolution. Google said it was also the thinnest laptop it had ever produced at 10.3mm thick and weighing 1.1 kg.

Like all Chromebooks, the Pixelbook runs on Chrome OS, Google's operating system marketed towards the education market that primarily supports web apps and other programs from the Google Play store.

Google has also taken another cue from the likes of Microsoft's Surface and the iPad Pro with its own stylus called the Pixel Pen.

The Pixelbook starts at US$999 in the US, with Australian prices and a release date yet to be announced. The laptop will launch in the US, UK and Canada on 23 October.

While Google's OEM partners like HP, ASUS, Samsung, Dell, Toshiba and Acer have continued to develop new Chromebooks, Google itself said in March this year it didn’t have any plans to launch a first-party Chromebook in the future. The Pixel name was instead passed on to the smartphone line, as well as Google's first-party Android tablet Pixel C.

Cloud application revenue made easy
By Brendon Foye
Oct 5 2017
11:55AM