Google stock forecast to breach $US900 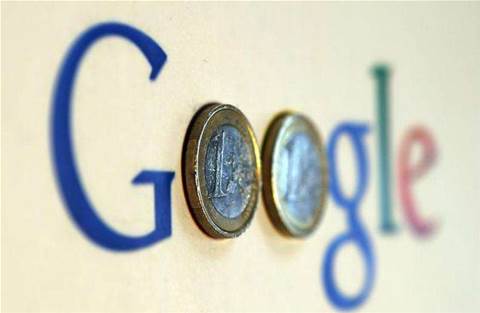 At least five analysts increased their 12-month price target on the stock, by between $US50 and $US130 to $US820-$US925. Three others, who already had targets above $US935, trimmed theirs.

Some analysts said the predictability of Google's results over the last several quarters was allowing them to better model earnings and stock price trends.

The strength of Google's core search business, which lends stability to its overall results, will also help it fund projects such as Google Glass wearable computers and high-speed fiber networks as the company seeks newer streams of revenue, some analysts said.

Google shares peaked at $844 in March but have slipped since then because of uncertainty about the company's mobile advertising business and its Motorola mobile division.

Still, some analysts have said they expect the stock to hit $1,000 soon.

Google shares were set to open around $772 on Friday, up less than 1 percent. Google reported stronger-than-expected earnings after the market closed on Thursday.

"Google can grow its core search business in the low teens over the next few years at high incremental margins," analysts at Morgan Stanley said. "(It) may therefore be able to invest in newer projects while keeping core operating margins about stable."

The decline in Google's cost-per-click also slowed in the first quarter from the fourth quarter. Cost-per-click, or the rate advertisers pay Google, has been hit by lower advertising rates on cellphones over the past few quarters.

Google recently changed the way marketers run ad campaigns on its website -- a strategy it calls Enhanced Campaigns -- blurring the distinction between ads for PCs and mobile devices.

"Mixed trends could lead to diverging views on Google coming out of the quarter, but we'd be buying any weakness in Google shares," JP Morgan analysts said.

"We remain positive on Google as mobile and display, Enhanced Campaigns, and Google Shopping/Play Store App should drive strong year-over-year growth in the second half of 2013 and into 2014."

JP Morgan maintained its price target at $US860, with an "overweight" recommendation.

Citigroup and Needham and Co also forecast that Google shares would breach $US900. Piper Jaffray, Evercore Partners and Deutsche Bank, which had targets above $US935, trimmed theirs slightly. All these brokerages maintained their "buy" or equivalent ratings.

(Reporting by Sayantani Ghosh in Bangalore; Editing by Ted Kerr)