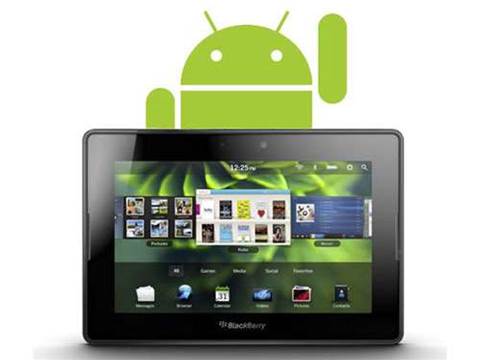 The move came in the form of a document published on Google's developer website called "Tablet App Quality Checklist," which provides a list of 10 guidelines for Android developers to follow when building apps targeted at tablets. Google is urging developers to consult the checklist before publishing any new tablet apps to Google Play, its storefront for Android apps.

"Before you publish an app on Google Play, it's important to make sure that the app meets the basic expectations of tablet users through compelling features and an intuitive, well-designed UI," Google writes in the document.

The checklist highlights 10 criteria all Android tablet apps should meet before deployment. Most are meant to ensure the app is optimised for tablet-sized displays, such as making sure fonts, icons and home-screen widgets are fit to scale. Other items are meant to ensure apps don't lose any key piece of functionality when transitioning from smartphones to tablets and that they don't require the support of any hardware features not natively found on tablets.

Google also encourages developers to test their Android apps on multiple tablets -- ideally, both a 7-inch and 10-inch design -- before making them available for purchase.

"The ideal test environment would include a small number of actual hardware devices that represent key form factors and hardware/software combinations currently available to consumers," Google wrote. "It's not necessary to test on every device that's on the market -- rather, you should focus on a small number of representative devices, even using one or two devices per form factor."

Google's checklist is likely part of its broader effort to squash any notion of Android tablet apps being inferior to the iOS tablet apps found in Apple's App Store, according to Patrick Moorhead, president and principal analyst at Moor Insights & Strategy.

"Android apps have a reputation for being lower quality than iOS apps. Part of this is their presentation and flow," Moorhead told CRN. "Google, with these new recommendations, is attempting to improve at least the look of these apps."

Tablet-optimised Android apps would benefit OEMs including Samsung and Acer, which already offer tablets running the popular mobile OS. But, the improvements would also benefit Google itself, which launched its own Android-based tablet, the Nexus 7, this June, and is largely believed to be readying a 10-inch model for later this year.