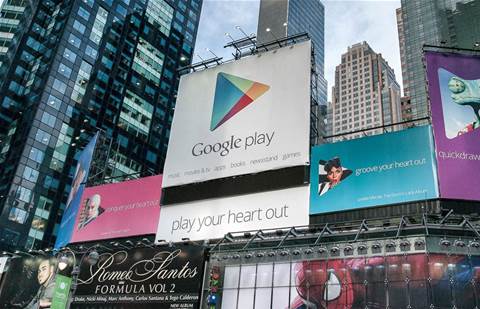 It was a sharp fall from grace for Unlockd, which was one of the country's most highly valued startups, having raised more than $60 million in just two years off the back of deals with British carrier Tesco Mobile and US-based Boost Mobile, owned by Sprint Telecom.

Unlockd said in a statement on Tuesday that its problems begun with an “unanticipated threat from Google” to remove its application from the Play Store and deny the app access to its AdMob advertising server.

This move prompted Unlockd to put a hold on its planned public float so it could try to remedy the situation.

Through subsequent court cases in Australia and the UK, Unlockd was granted interim injunctions to prevent Google from removing the app or from disabling AdMob-generated advertising content in UK, Europe and Australia, but Unlockd said these temporary wins were too little, too late.

“Despite this, the ramifications of Google’s actions have had and continue to have a deep impact on the business when considering the valuation of Unlockd prior to these threats and the postponement of the planned IPO, which would have fueled the continued growth and expansion of the business,” the company statement read.

“As such, we have not been able to secure the capital we had expected to replace the IPO and therefore have been left no choice but to move into voluntary administration.”

Launched in 2016, Unlockd is a smartphone app that prompts users with advertisements each time they unlock their phone screen in exchange for points that can be accumulated and spent on rewards with nominated retailers, mobile providers and other services. Unlockd had more than 330,000 monthly users, according to the company.

Google had told Unlockd that its app fell outside of its terms of use and would be removed from the Play Store, which Unlockd said was an abuse of Google's dominant position in the market.

“We believe that Google’s conduct and the effect of its actions represents a further example by them of anti-competitive conduct toward innovative start-ups such as Unlockd, that might pose a future threat to their position in the market,” Unlockd’s statement added.

The startup said its board of directors and management would work with administrators to decide the best path forward.

Create your business scorecard
By Michael Jenkin
Jun 13 2018
7:00AM