Google to pay billions in fines for Android practices: report 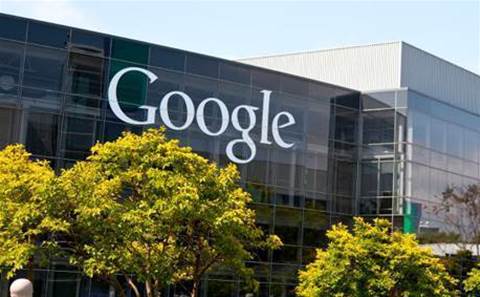 Google is facing another European Commission-imposed fine of billions of euros, this time for tactics that allegedly pressure smartphone vendors to bundle its apps, the Wall Street Journal reported Tuesday.

Regulators of Europe's digital market have been scrutinising potential abuses stemming from the internet giant's dominance in the mobile phone operating system market, the newspaper reported.

The Wall Street Journal, citing sources "familiar with the matter," said they expect the European Union's antitrust watchdog to hammer Google for its mobile business practices—not just with a fine but also by ordering Google to change tactics that encourage the bundling of apps onto Android-powered phones.

The European Commission will likely conclude that Google, a subsidiary of Alphabet, is stifling competitors to protect advertising revenue from mobile devices, according to the sources.

Android owns nearly three-quarters of the mobile market in Europe, according to StatCounter, a web traffic analyst.

The Commission is concerned Google's efforts to encourage smartphone manufacturers to install Google Search and its Chrome browser on their devices constitute illicit pressure. Google also pays those companies to pre-install Google apps.

Another area of inquiry is Google's policy of not allowing manufacturers to sell Android if they sell unofficial forks of the mobile operating system.

European regulators could order Google to abandon those practices to level the playing field.

Last year, Europe slapped Google with a $2.7 billion antitrust fine after accusing Google of favoring its own shopping services in search results.

This past March, European Commissioner for Competition Margrethe Vestager said she harbored "grave concerns" over Google's internet dominance, and the regulatory body she leads was exploring breaking Google into smaller entities to protect competition.

The soon-to-be-imposed fine may exceed the one levied last year, but likely won't hit double digits in billions of euros, the WSJ reported.

Google has argued the contested practices are there to make it easier for developers to deliver apps that work seamlessly across smartphones. That's within its rights, Google has said, warning of harm to its larger ecosystem if incompatible Android versions become ubiquitous.