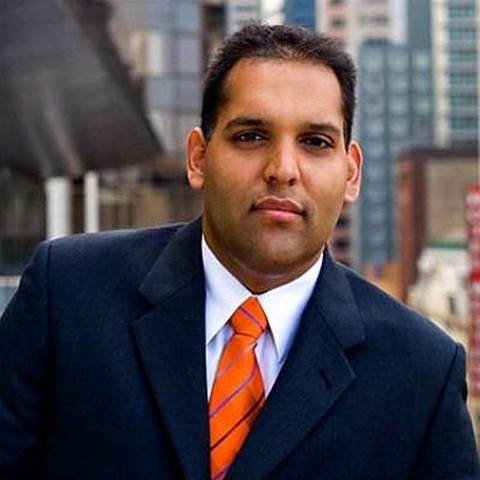 It follows part one of the interview, in which CRN discovered that much like traditional IT companies, Google's growth plans involve a healthy reliance on its channel.

CRN: How can partners take advantage of Google's Apps Marketplace?

Anil Sabharwal: The Apps Marketplace is really our way to provide a forum for application developers to get marketing exposure and sales exposure around products they develop that build on top of Google Apps. Traditionally, there was really no where for these partners to get the appropriate exposure.

With the Apps Marketplace we've created a store front that's available now, where you can go as an Apps customer and look across the various categories. Whether it's across HR or management and expenses, [customers can] say - what applications have partners developed that meet these requirements for me?

[Customers] can find them and add them to [their] Apps platform. They show up as though they were part of the Apps platform and [they] can interact with them directly.

It's a great way to support our partners who are building great value added services and letting them now get that exposure.

CRN: When was it launched?

AS: It was launched about a month ago and Atlassian was one of our launch partners.

CRN: How many Australian partners have their apps in the Apps Marketplace?

AS: Launch partners was certainly around 100.

AS: Our product strategy... is really to create an environment, as we have with the Apps Marketplace, for organisations and partners and resellers to build on top of.

So not only are [partners] selling the services, the integration and the reselling, but also these great value added products that they're building.

From a product perspective the way we're going on platform to allow partners to really build on top with extensible solutions.

AS: It's a real focus around the cloud. Our strategy is to try to build world class partners and world class products to help really get the message out there that cloud computing is the platform of the present.

We always talk about it being the product of the future and we're finally shifting to saying it's actually today. Think of the last five years of apps that were built and we struggle to think of one that was actually a client side application, whereas we can name five, ten, fifteen, a hundred web-based applications.

CRN: Can anybody get involved?

But we really want to eliminate barriers. It's the benefit of the cloud, it's the idea that anybody can come in and really have an opportunity. There are no restrictions.

You can come in and say, I want to be an Apps Marketplace partner, here are my products, here are my services and the great thing about the community is that the crème will naturally flow to the top.

The great partners will get the recognition - they will get the five star review, and the referrals. Those that built an application on the side [of their business] and stick it up [on the Apps Marketplace] and hoped it would stick, will naturally fall.

Doug Farber:  Suddenly the barriers for application providers are dropped almost completely where you need a vast audience and the ability to get out and sell an Australian based application in Africa and North America.

The marketplace will rapidly proliferate cloud based solutions. Because all of sudden there's a platform where all of Google's users in the world have access to it.

CRN: Is there an approval process?

AS: We have a process that we work with our partners on to make sure the applications work and that we provide them a way in which to get the exposure. We [also] feature certain products.

CRN: How can partners benefit from getting involved?

AS: The exciting part for our partners and our resellers is that it's a great differentiator. Often if you're an integrator it's hard to differentiate your service from another service.

[Resellers] say we can provide these additional products that [for example] build on top Google's Apps products to support enterprise administration, that's a great differentiator in the marketplace.

CRN: How do partners benefit financially?

AS: When they sign up to the Apps Marketplace they post their product and it's available. It gets listed. At this juncture the billing is all done directly through the provider so if I, as a partner, were to upload something to the Apps Marketplace and you as the Apps customer were to go and purchase that - you can go ahead and make the purchase and you can pay me as the partner directly.