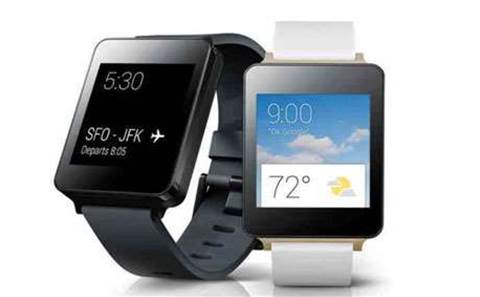 Google unveiled the first smartwatches to use Android Wear: the LG G and Samsung Gear Live.

Android Wear is a version of the mobile OS developed for smartwatches, using the Google Now personal assistant to push relevant information from your smartphone to your wrist.

Google revealed a few more details about Android Wear at its annual developers' conference I/O. There will be two UIs, one for square watches and one for round faces, with "cards" of information you can flip through.

When you get a notification on your phone, the watch will show it - even vibrating on your wrist to get your attention. You can send messages or make notes via voice, and set reminders to trigger when you get to a location such as your own home.

Google is only now releasing an SDK for developers, but two watches will be available to buy imminently.

The Samsung Gear Live Watch costs £169 (approximately $305) and at the time of writing was scheduled to ship on 7 July.

The previously announced Moto 360 was missing in action, but Google said it would arrive later this summer.