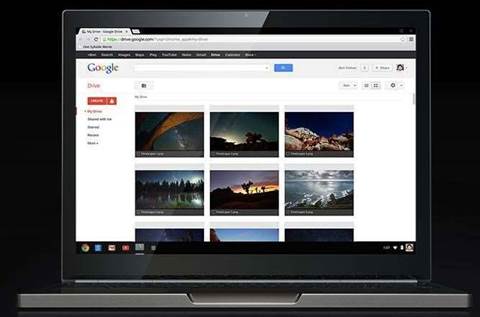 Google this morning launched its latest Chromebook, the Pixel, its most powerful and expensive cloud-based portable so far.

A stand-out feature is the bright 12.85in screen that sports 2560 x 1700 pixel resolution and a wide, 178 degree viewing angle that runs off the processor's Intel HD 4000 graphics.

It is a touch screen with Corning Gorilla glass and has an industry-leading 239 pixels per inch density.

Google did not disclose the original equipment manufacturer for the aluminium cased, 1.5kg Chromebook Pixel.

The company's vice president of engineering, Linus Upson, said the Pixel has been optimised for speed and "boots up in seconds and never slows down."

Upson also says the Pixel requires almost no set-up or maintenance and has built-in virus protection.

The Chromebook Pixel sells for $US1299 for the wi-fi only version and $US1499 for an LTE variant - three to four times more than existing models.

A Google spokesman did not comment on Australian availibility.