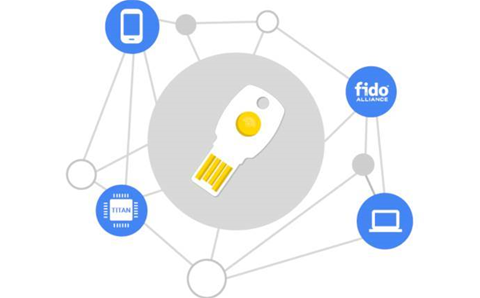 Google has unveiled a USB and bluetooth-powered security key that aims to prevent phishing and other attacks through its in-house developed firmware.

Announced at Google Next in San Francisco today, the Titan Security Key is now available to Google Cloud customers, and will be available to the general public through the Google Store in the coming months.

“We’ve long advocated the use of security keys as the strongest, most phishing-resistant authentication factor for high-value users, especially cloud admins, to protect against the potentially damaging consequences of credential theft,” the announcement read.

“Titan Security Key gives you even more peace of mind that your accounts are protected, with assurance from Google of the integrity of the physical key.”

Titan is FIDO protocol, an authentication standard supported by the main web browsers.

The key’s two-way authentication is activated with a button press instead of retyping codes and will not need one-time codes via text message.

Administrators and users of G Suite, Cloud Identity, and Google Cloud Platform also have the option of enforcing the use of Titan.

The security key is one of the many security enhancements introduced at Google Next today, in addition to binary authorisation, shielded virtual machines and Cloud Armor, among others.