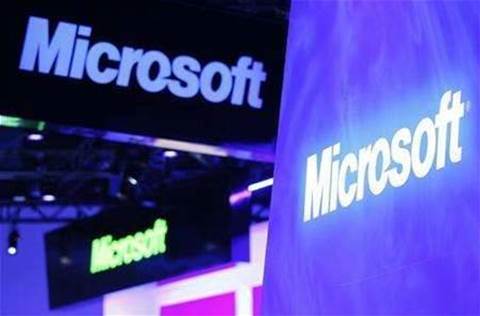 Two weeks before a high-stakes trial pitting Google's Motorola Mobility unit against Microsoft, Google made what has become a common request for a technology company fighting for billions of dollars: A public court proceeding, conducted largely in secret.

Google and Microsoft, like rivals embroiled in smartphone patent wars, are eager to keep sensitive business information under wraps — in this case, the royalty deals they cut with other companies on patented technology. Microsoft asked for similar protections in a court filing.

Such royalty rates, though, are the central issue in this trial, which begins November 13 in Seattle.

Though he warned he may get tougher on the issue, the nature of the case raises the possibility that even his final decision might include redacted, or blacked-out, sections.

Legal experts are increasingly troubled by the level of secrecy that has become commonplace in intellectual property cases where overburdened judges often pay scant attention to the issue.

Widespread sealing of documents infringes on the basic American legal principle that court should be public, and encourages companies to use a costly, tax-payer funded resource to resolve their disputes, said law professor Dennis Crouch.

"There are plenty of cases that have settled because one party didn't want their information public," said Crouch, an intellectual property professor at University of Missouri School of Law.

Tech companies counter that they should not be forced to reveal private business information as the price for having their day in court.

The law does permit confidential information to be kept from public view in some circumstances, though companies must show the disclosure would be harmful.

Google argues that revelations about licensing negotiations would give competitors "additional leverage and bargaining power and would lead to an unfair advantage."

Robart has not yet ruled on Google and Microsoft's requests, which, in the case of Google includes not only keeping documents under seal, but also clearing the courtroom during crucial testimony.

It is also unclear whether Robart will redact any discussion of royalty rates in his final opinion. The judge, who will decide this part of the case without a jury, did not respond to requests for comment.

Apple and Microsoft have been litigating in courts around the world against Google and partners like Samsung Electronics, which use the Android operating system on their mobile devices.

Apple contends that Android is basically a copy of its iOS smartphone software, and Microsoft holds patents that it contends cover a number of Android features.

Google bought Motorola for $US12.5 billion, partly to use its large portfolio of communications patents as a bargaining chip against its competitors.

Robart will decide how big a royalty Motorola deserves from Microsoft for a license on some Motorola wireless and video patents.

Apple, for its part, is set to square off against Motorola on Monday in Madison, Wisconsin, in a case that involves many of the same issues.

In Wisconsin, Apple and Motorola have filed most court documents entirely under seal.

US District Judge Barbara Crabb did not require them to seek advance permission to file them secretly, nor did she mandate that the companies make redacted copies available for the public.

Judges have broad discretion in granting requests to seal documents. The legal standard for such requests can be high, but in cases where both sides want the proceedings to be secret, judges have little incentive to thoroughly review secrecy requests.

In Apple's Northern California litigation against Samsung, both parties also sought to keep many documents under seal.

After Reuters challenged those secrecy requests, on grounds it wanted to report financial details, US District Judge Lucy Koh ordered both companies to disclose a range of information they considered secret - including profit margins on individual products - but not licensing deals.

Apple and Samsung are appealing the disclosure order.

In response to questions from Reuters last week, Judge Crabb in Wisconsin, who will also decide the case without a jury, acknowledged she had not been paying attention to how many documents were being filed under seal.

Federal judges in Madison will now require that parties file redacted briefs, she said, though as of Wednesday, Apple and Motorola were still filing key briefs entirely under seal.

"Just because there is a seed or kernel of confidential information doesn't mean an entire 25-page brief should be sealed," said Bernard Chao, an intellectual property professor at University of Denver Sturm College of Law.

Crabb promised that the upcoming trial would be open.

"Whatever opinion I make is not going to be redacted," she told Reuters in an interview.

Microsoft sued Motorola two years ago, saying Motorola had promised to license its so-called "standards essential" patents at a fair rate, in exchange for the technology being adopted as a norm industrywide.

But by demanding roughly US$4 billion a year in revenue, Microsoft said Motorola broke its promise.

Robart will sort out what a reasonable royalty for those standards patents should be, partly by reviewing deals Motorola struck with other companies such as IBM and Research in Motion —much like an appraiser checking comparable properties to figure out whether a home is priced right.

In this case, though, the public may not be able to understand exactly what figures Robart is comparing. Representatives for Microsoft and Google declined to comment.

In its brief, Microsoft said licensing terms could be sealed without the need to clear the courtroom.

"Permitting redaction of this information will minimise the harm to Microsoft and third parties while also giving due consideration to the public policies favoring disclosure," the company argued.

Chao doesn't think Robart will ultimately redact his own ruling, even though it may include discussion of the specific royalty rates. "I can't imagine that," he said.

Most judges cite lack of resources and overflowing dockets as the reason why they don't scrutinise secrecy requests more closely, especially when both parties support them.

In Wisconsin, Crabb said that even though she will now require litigants to ask permission to file secret documents, it is highly unlikely that she will actually read those arguments - unless someone else flags a problem.

Grabbing the hybrid cloud opportunity with Lenovo and Azure Services
By Dan Levine
Nov 5 2012
8:04AM