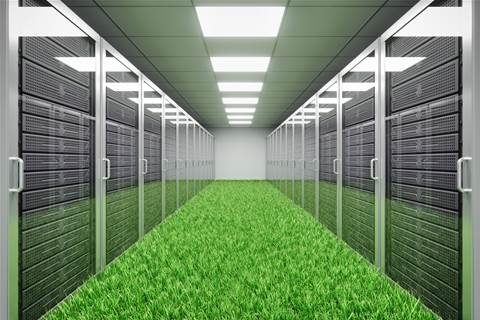 As Google continues to pour billions into building new data centres across the globe, the public cloud and search giant says it will shift the data processing for things like Google photos and YouTube videos to data centre where green power is more available.

Starting in 2021, Google’s “carbon-intelligent computing” will move workloads from data centre to data centre based on availably of renewable energy for more than one-third of its non-production workloads.

“By 2030, we plan to completely decarbonize our electricity use for every hour of every day. One way we can do this is by adjusting our operations in real time so that we get the most out of the clean energy that’s already available,” said Ross Koningstein, co-founder of Google’s Carbon-Intelligent Computing project in a blog post. “And that’s exactly what our newest milestone in carbon-intelligent computing does: Google can now shift moveable compute tasks between different data centre, based on regional hourly carbon-free energy availability.”

Regional carbon-free energy includes both a variable sources of energy such as solar and wind, with Google shifting compute to the nearest data centre with available renewable sources. Google’s carbon-intelligent computing platform uses day-ahead predictions of how heavily a given grid will be relying on carbon-intensive energy in order to shift computing across the globe, favoring regions where there’s more carbon-free electricity.

Google’s carbon-intelligent platform was developed in 2020 as the company began shifting the timing of workloads within data centre to match their energy use to the availability of more green power. This was Google’s foundation to moving the actually compute capacity to more greener data centre.

“Shifting compute tasks across location is a logical progression of our first step in carbon-aware computing, which was to shift compute across time. By enabling our data centre to shift flexible tasks to different times of the day, we were able to use more electricity when carbon-free energy sources like solar and wind are plentiful,” said Google’s Koningstein. “Now, with our newest update, we’re also able to shift more electricity use to where carbon-free energy is available.”

Google is first applying its carbon-intelligent computing platform towards media processing which encodes, analyzes and processes millions of multimedia files like videos uploaded to YouTube, Google Photos and Google Drive. The platform will increasingly reserve and use hourly compute capacity on the most clean grids available worldwide for these compute jobs.

The COVID-19 pandemic has spurred record-breaking data centre spending levels led by AWS, Microsoft and Google, reaching US$37 billion alone in the third quarter of 2020.

Grow your software revenue by selling these 5 affordable, essential tools for the modern workplace
By Mark Haranas
May 20 2021
6:52AM