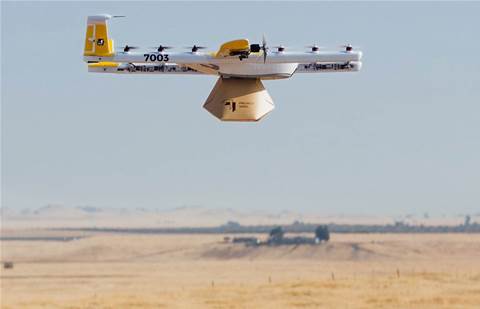 Google's drone service made its first air delivery in North Canberra earlier this week after getting approval from the country's civil aviation authority.

Wing, the company's drone delivery arm, said the delivery service will be available to a limited set of eligible homes in the suburbs of Crace, Palmerston and Franklin and would gradually expand to customers in Harrison and Gungahlin.

"Wing has been testing drone delivery in Australia since 2014. Over the past 18 months, Wing has delivered food, small household items and over the counter chemist products more than 3000 times to Australian homes in Fernleigh Park, Royalla and Bonython communities," it said in a blog post.

Wing was spun out of Alphabet's X research division in July last year to become an independent company within Alphabet and is part of the Other Bets division. It is headed by James Ryan Burgess.

Wing had said in December it would launch its first European delivery service in Finland in the spring of 2019.

(Reporting by Arjun Panchadar in Bengaluru; Editing by Arun Koyyur)