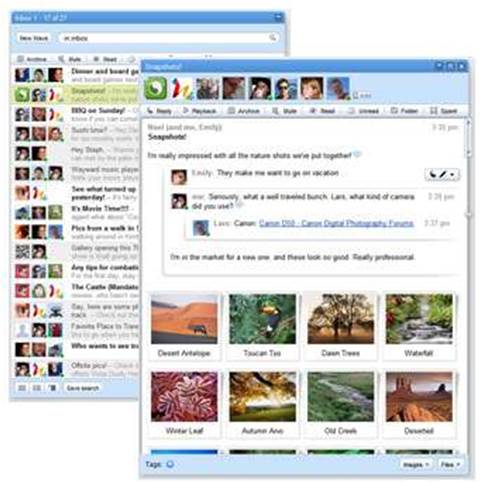 Google's dead products graveyard is filling up fast, as the search giant continues to cut dead weight from its portfolio, this time axing widely known products including Google Gears and Google Wave.

Google's spring clean started in earnest in September, when CEO Larry Page unveiled the tech titan's plan to "put more wood behind fewer arrows" and focus its product strategy; and if some products get killed on that quest, so be it. Google has already put a host of notable products out of their misery, including Google Desktop and Google Buzz and Google Labs.

"To recap, we're in the process of shutting a number of products which haven't had the impact we'd hoped for, integrating others as features into our broader product efforts, and ending several which have shown us a different path forward. Overall, our aim is to build a simpler, more intuitive, truly beautiful Google user experience," wrote Google Fellow and Senior Vice President of Operations Urs Holzle in a Google Blog post.

Most notable in this round, Google took the hatchet to Google Gears and Google Wave. The Google Gears browser extension for creating offline Web applications, which Google launched in 2007, was already tossed in March, but Google said this week that come December 1 it will say so long to Gears-based Gmail and Calendar offline, which will stop working across all browsers on that day. And later in December, Gears will no longer be available for download.

"This is part of our effort to help incorporate offline capabilities into HTML5 …," Holzle wrote, adding that Gmail, Calendar and Docs can now be accessed offline in Chrome.

Meanwhile, Google said will bid Google Wave a fond farewell. Google launched Wave in 2009 as a real-time Web-based communication and collaboration platform. In August 2010, Google said it would stop development of Google Wave. And now, Google will make Wave read-only and users won't be able to create new Waves come Jan. 31, 2012. Then, on April 30, 2012, Google will completely shut down Wave. Google said users can continue to export individual waves using Wave's existing PDF export feature until the service is turned off, there are also open source projects like Apache Wave and Walkaround available for users that want to continue using the technology.

Google Friend Connect, a feature that lets Webmasters add social features to their sites by embedding snippets of code, will also be put to bed. Google will kill Friend Connect for all non-Blogger sites on March 1, 2012 and Google is encouraging Friend Connect users to make the leap to Google+ to keep in contact with friends and followers.

Google will remove Google Search Timeline, the graph of historical results for a search query. Google said users will be able to restrict any search to particular time periods using the refinement tools on the left-hand side of the search page. And users that want to see graphs of historical Web search trends can use other services from Google, such as google.com/trends and google.com/insights/search, which present data since 2004. For more historical data, Google said the "ngram viewer" in Google Books offers similar information.

Knol, which Google launched in 2007 as a tool to let experts collaborate on articles and Web content, will work as usual until April 30, 2012 and knolls can be downloaded to a file and or migrated to WordPress.com. Then, from May 1, 2012 to Oct. 1 2012, knolls will no longer be viewable, but can be downloaded and exported. After that, Knol content will be no longer accessible. Google said. Google said it has been working with Solvitor and Crowd Favorite to create Annotum, an open-source scholarly authoring and publishing platform based on WordPress.

"At this point, other institutions are better positioned than Google to take this research to the next level," Google wrote.