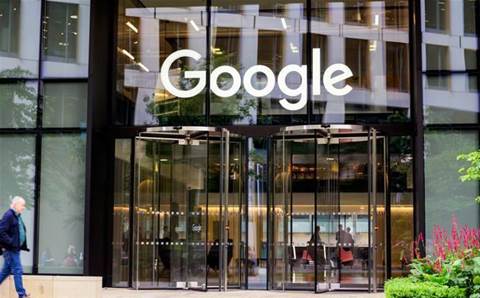 Google's six-year-old cloud operations became a US$1 billion per quarter business in the final quarter of 2017. That momentum has continued into 2018 with the market momentum around Google's cloud properties continuing to grow, said Google chief executive Sundar Pichai said during parent company Alphabet's 2018 first-quarter earnings call on Monday.

Google's cloud division, which includes the Google Cloud Platform and G-Suite, its portfolio of cloud applications that includes Gmail, Drive, Docs and Calendar - all of which are sold by channel partners - is growing across the board, Pichai said. Google is also consistently landing bigger deals with enterprise customers, he added.

Google doesn't specifically break out financials for the Google Cloud Platform. However, its "other revenues" category, which is fueled by cloud service and applications, Google Play, and hardware (including Nest), rose 36 percent to US$4.35 billion in the quarter, up 36 percent from US$3.20 billion in the same year-ago period.

During 2018's Q1, Google Cloud announced AutoML, an engine that developers with limited machine learning expertise can use to easily build machine learning models. The division has also revealed 20 new security products so far this year.

Google cloud adoption is being driven by the company's leadership in security, AI, and machine learning, Pichai said.

"We are hearing from customers that we have an advantage in data analytics… and the fact that we really support an open, agile framework," he explained. "Security is also becoming a big differentiator for us, and it's something we have been leading for a while."

Ruth Porat, CFO of Alphabet and Google LLC, said the strong revenues from the "other revenues" category, and particularly cloud, "continues to highlight the growing contribution of non-ads opportunities" for Google.

Google's headcount grew by 4940 during the quarter, with the most sizable group of new hires serving in technical and sales roles for its cloud division, Porat said.

Parent company Alphabet reported revenue of US$31.15 billion for the first quarter of fiscal 2018 (ended 31 March), up about 26 percent from the US$24.75 billion the company reported for the same year-ago quarter.

The internet giant bested Wall Street's expectations of US$9.28 EPS and revenues of US$30.29 for the quarter.