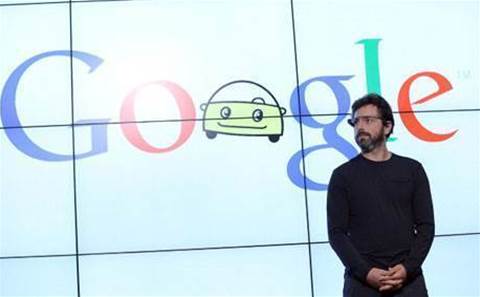 Shares of Google parent Alphabet fell four percent premarket on Friday, as investors were concerned about the company's rising costs and pressure on margins that are weighing on a profitable ad business.

Most analysts believe higher investments by Alphabet to boost its cloud offerings and hardware sales could put pressure on the search engine's margin expansion in fiscal 2018.

"Operating margin and profit dollars fell short of our estimates despite the top line beat given higher contribution from lower margin streams of revenue [hardware]," Credit Suisse analysts wrote in a client note.

The company's total traffic acquisition costs, a measure of how much money the company spends to attract users to its search engine, rose 33 percent in the fourth quarter to US$6.45 billion.

However, some analysts looked past the costs and focused on a strong core ad business as well as positive comments from Google chief executive Sundar Pichai on its fast-growing cloud computing business.

Investments are paying off, Pichai said, noting that cloud computing is generating US$1 billion in quarterly sales.

Google sells ad space on its search engine, its fast-growing YouTube video streaming service and a network of third-party websites and apps.

Led by such ads, Alphabet generated US$110.9 billion in full-year revenue, up 23 percent from 2016 and topping US$100 billion for the first time.

"Amazon has grown its position as the first destination for consumer product searches. This has the potential to cannibalise Google's revenue from retail advertisers," wrote Scott Devitt, an analyst at Stifel who cut his rating to "hold" from "buy".

At least 11 brokerages raised their price targets on Alphabet, while two cut their price on the stock. Susquehanna was the most bullish, raising its price target to US$1475.

Jefferies analysts said Alphabet is placing the right bets on some very big opportunities such as YouTube/TV, hardware, GCP, Waymo, which will help fuel sustained growth and meaningful share appreciation over time.

(Reporting by Arjun Panchadar and Laharee Chatterjee in Bengaluru; Editing by Bernard Orr)

Grabbing the hybrid cloud opportunity with Lenovo and Azure Services
By a Staff Writer
Feb 5 2018
11:34AM