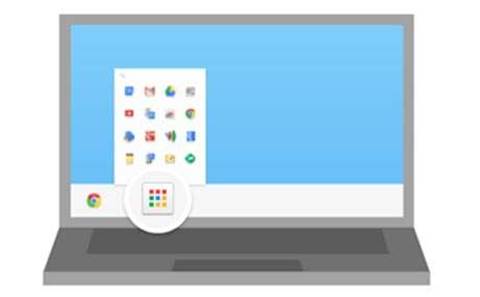 Google has unveiled a new breed of Chrome apps, which act more like native applications than existing web versions.

Now, Google is shifting the focus to smartphone-style apps, as it looks to transform its browser into an app platform - and give more power to its desktop OS.

"We want to make Chrome OS a full-fledged operating system," Brian Rakowski, a Chrome vice president, told The Verge. "We want to make sure there are no reasons it’s not the right product for everyone."

The "new kind" of Chrome app don't only work on Chrome OS; they're based on Chrome browser code, but can sit outside the browser window and launch independently.

At launch, they're also supported by Windows, with Mac and Linux coming soon. "Think apps designed for your desktop or laptop, just like the ones for your phone and tablet," said Erik Kay, a Google engineering director, in a post on the Chrome blog.

The apps will work offline, but also support desktop notifications and be updated automatically. They'll be launched directly from the desktop in Chrome OS, and if working in Windows, can operate in their own window outside Chrome. In Windows, if you install an app, Chrome installs a launcher icon on your taskbar for easy access, pulling in existing Chrome apps, such as Tweetdeck or Spotify.

Google promises the apps will "play nice with your connected devices", such as digital cameras and others connected via USB or Bluetooth. Like Google services, they'll sync to any desktop device you sign into, letting you bring your settings and work with you.

Web apps aren't going away, however. Kay suggested the new style of apps has more to do with using the right tool for the job. "We still believe in the web as much as we ever have," Kay told The Verge.

"But this is the only way to write full desktop, native-quality apps for Chrome OS. Chrome OS is a big bet for us, so we want it to be every bit as powerful as a desktop operating system."

At launch, there appears to be about two dozen apps, and Google has highlighted photo-editing apps such as Pixlr Touch Up, productivity tools such as Wunderlist, and, of course, games. To find them, go to the "for your desktop" tab in the Chrome Web Store.