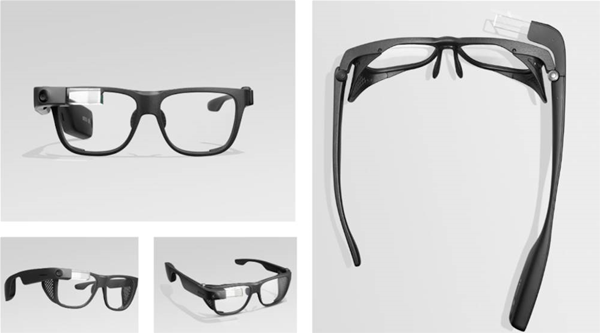 The company has unveiled the latest iteration of its wearable – Google Glass Enterprise Edition 2 – the first major update since Google first revived the product for enterprise customers in July 2017.

Google Glass is now squarely aimed at industrial applications such as logistics, manufacturing and field services, for use in accessing checklists, viewing instructions or sending photos and videos.

The latest version is built on a Qualcomm Snapdragon XR1 processor, boasting a more powerful multicore CPU and new AI engine that saves power and makes it possible to run advanced machine learning algorithms on the device.

The new glasses are now built on a full version of Android, rather than the customised Kit Kat OS that ran on the previous iteration. Google said access to Android will make it easier for customers to integrate services and APIs, as well as supporting Android Enterprise Mobile Device Management to support scaled deployments.

Google partnered with Smith Optics to make the glasses prettier and safer to use in different industrial environments. Enterprise 2 also boasts improved camera performance and an additional USB-C port for faster charging.

Perth-based Chironix is the only Glass partner in Australia, and one of just 11 Glass partners worldwide. The company developed its own video conferencing solution for Glass called "Metis" and aimed at defence, resources, energy and medical verticals.

Chironix managing director Daniel Milford has had his hands on the Enterprise 2 for five months, and has been working with the US Office of Naval Research on a handful of use-cases already, along with trials for mining customers in Western Australia.

Milford told CRN the killer upgrade is for Enterprise 2 is the new CPU.

"The real difference is the Snapdragon, which provides a whole bunch of new functionality. It lets us code in standard Android format and can process really complex information quickly without having to go back to the cloud.

"It’s a much more effective tool in industry. We found that with a higher quality, the Enterprise 2 device is a cut above the rest. The industry is going to be excited when they get their hands on it."

Google also noted that the team working on Glass has moved out from Alphabet's "moonshot factory" into Google itself in order to keep up with the growing demands of the wearables market. That move signals Google's belief that the market is both mature and worthy of further efforts.

Eliminating departmental friction within MSPs
By Brendon Foye
May 21 2019
11:30AM