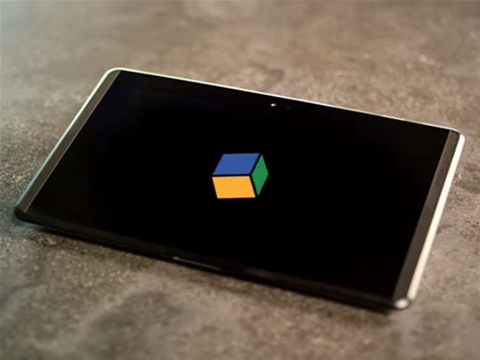 Project Tango uses cameras and sensors to map your surroundings in 3D, and it's being used in a smartphone and a tablet, with hardware already in the hands of developers.

Now, Google's Advanced Technology and Projects (ATAP) lab unveiled at its I/O conference that the device would be ready for the rest of us next year.

Few details were revealed about the tablet, other than the fact it will be made by LG - the developer version of the hardware runs an Nvidia Tegra K1 chip, 4G of RAM and comes with 128GB of storage for about £600 (approximately AU$1089).

"You, sitting in your seat, roughly understand the size of this room as well as the position and orientation of the person sitting next to you," project lead Johnny Lee said, according to Forbes. "This sense of spacial perception is remarkable but we take it for granted every day."

He added: "There’s a tremendous amount of work to do when we think about what we can do when our devices have this awareness."

Google's ATAP also fired up its modular phone, dubbed Project Ara, for the first time in public at I/O - and it didn't go well.

Project Ara is a smartphone that's designed to be modular, so you can replace components or update them yourself.

Project head Paul Eremenko brought the device on stage at I/O, but it failed to fully boot in the demo.

He admitted his team still had a lot of work ahead of it, not only in making the technology work smoothly, but in creating a slim, attractive device - it "must overcome the connotations of boxiness and brick-like that people associate with modularity," he said, according to Mashable.