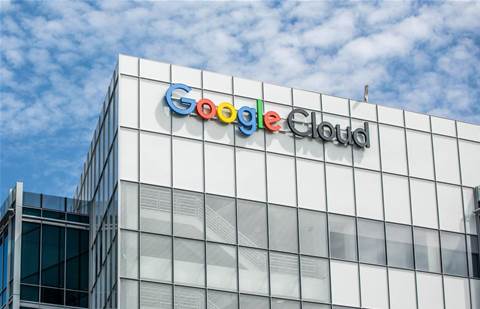 The company, the world's leading provider of internet search, advertising and video services, posted its highest-ever quarterly expenses. It missed analysts' estimates for third-quarter profit by about US$1.7 billion, though it beat revenue estimates by about US$175 million.

Alphabet shares lost 1.6 percent after-hours, to US$1268.50, nearly erasing the 1.95 percent gain notched in regular trading when Reuters, citing sources, reported Google had made an offer to acquire US wearable device maker Fitbit.

Google has increased spending in recent years on areas including cloud computing and consumer electronics that it views as essential to maintaining its industry leadership in the face of stiff competition from Amazon and Microsoft.

The new businesses are pushing Google into sales of subscriptions, devices and technology licenses. But it has had to invest in people, facilities and content. Google is on track to hire more than 20,000 people this year, in large part to staff its newer units.

Nicholas Hyett, equity analyst at Hargreaves Lansdown, said he was not overly concerned by the spending.

"CEO Sundar Pichai can turn off the speculative spending at any time if he suddenly becomes more interested in profitability – but we suspect most investors would rather he stuck to the approach," Hyett wrote in a note.

For instance, Alphabet reported US$1.5 billion in unrealised losses in the third quarter from shares held in other companies, helping negate about US$1 billion in profit. But an Alphabet spokeswoman declined to disclose which investments lost money.

Profit also was hurt by a US$554 million charge from a settlement with French tax authorities in September.

"In the last 12 months, we're generating over US$150 billion in total revenues, that's about US$25 billion of growth in the last year," she said.

Google has tried to demonstrate that its cloud-computing business is roaring, disclosing last quarter about US$2 billion in revenue and saying that plans continued to hire thousands to stoke the unit's growth.

In hardware, Google's debut in May of the Pixel 3a, its most affordable smartphone yet, went well, according to technology analysts. It boosted Google's overall smartphone sales this summer in a typically slow quarter.

Google also has tried to reassure investors that there is no weakness in its YouTube video unit, while expressing confidence in its business overall through share buybacks.

But spending has not been held back and higher costs loom as Google deals with clashes with regulators. Total quarterly expenses grew 25 percent compared to a year ago - a similar rate to recent periods - to US$31.3 billion. It topped the previous high of US$31.1 billion in the 2018 fourth quarter.

Alphabet, which generates about 85 percent of its revenue from sales of ad space and ad technology, reported total third-quarter revenue of US$40.5 billion. In line with recent quarters, that was up 20 percent over last year. Analysts on average estimated 19.52 percent growth and US$40.325 billion in revenue, according to IBES data from Refinitiv.

The operating margin was 23 percent, down from 24 percent in the second quarter.

Google in the third quarter acknowledged investigations by the US Congress, Department of Justice and 48 states into the company's competitive practices. It settled a privacy investigation by the Federal Trade Commission. It also got an additional 90-day reprieve from an export ban that would restrict its relationship with Chinese smartphone maker Huawei, one of its top partners in distributing mobile apps.

Google has said it is cooperating with the probes, while saying that it has survived calls for increased regulation many times.

Haris Anwar, analyst at financial markets platform Investing.com, said the quarterly results cast a cloud. "An earnings miss at a time when the big tech companies are being probed for their business practices adds to the uncertainty and creates a hint of pessimism around the company," he said in an email to Reuters.

Alphabet shares were up 17 percent in the trailing 12 months entering Monday, compared with a 33 percent gain for Microsoft and 29 percent for Facebook, the internet's No. 2 seller of advertising.

(Reporting by Munsif Vengattil in Bengaluru and Paresh Dave in San Diego; Editing by Leslie Adler)

Telecommunications Services
By Munsif Vengattil and Paresh Dave
Oct 29 2019
11:26AM