Government warned over Australian IT prices 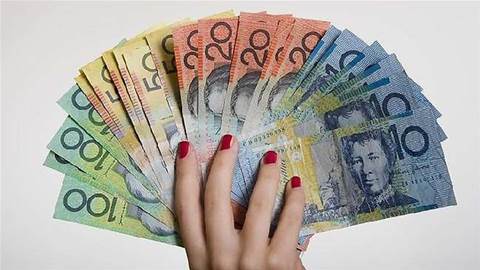 Australia’s peak IT industry body has lobbied the Government to avoid changing laws to clamp down on IT price disparities been Australia and other countries, in the name of competition.

The AIIA defended as “typical” and “justifiable” the higher prices Australians pay for technology hardware, software and services.

The Coalition Government acted on a pre-election promise in March to begin a review into Australia’s competition policy to identify gaps in law, drive innovation, and keep legislation up to date with a global economy, technology-driven landscape and changing consumer habits.

The previous Hilmer review into competition policy had been completed more than 20 years ago.

The commencement of the latest review was in part spurred by the former Labor Government’s 2012 inquiry into IT pricing discrepancies in Australia.

The year-long inquiry ultimately found Australians were being forced to pay up to 50 percent more for technology hardware and software compared to the US, with the price difference unable to be explained purely by the cost of doing business in Australia.

Governments and consumers alike were being similarly stung, with Microsoft admitting it was charging what Australians could bear.

The Australian Government was later able to renegotiate a deal with Microsoft for $100 million less over four years as a result of the inquiry.

While that committee acknowledged there were factors specific to Australia which make it a high-cost environment for IT vendors, most of the time the higher costs could not explain the price differences in IT products.

The Australian Information and Industry Association, which represents over 400 IT suppliers in Australia bringing in around $20 billion, last week said in its submission to the current Harper review that markets were defined by product and geographic constraints, and it was therefore “typical and justifiable” that there may be different pricing in “distinct geographic markets”.

The body said Australia’s competition policy needed to continue to support rapid adoption and application of technology across society, and urged a “principles-based approach” to competition law, where the “primary focus is on open, competitive markets”.

“[That] will best foster innovation and drive productivity growth. Further, microeconomic conditions need to foster innovation by removing unnecessary regulatory barriers, which increase the costs associated with research and development.”

The industry lobby group argued that price discrimination in markets does not result in a barrier to competition, and there were legitimate bases for pricing differences.

“Reversing those earlier policy decisions via new legislation that limits firms’ ability to control prices could also cause foreign suppliers to abandon or decide not to enter the Australian market, resulting in less competition and less choice for consumers in Australia.

"Likewise, Australian suppliers could also be discouraged from entering overseas markets, or be constrained from pricing competitively in an overseas market – putting them at a disadvantage vis-à-vis their overseas competitors.”

The AIIA argued that introducing legislation specifically targeted at stamping out the ‘Australia Tax’ - or “unjustified international price discrimination" - would deter pro-competitive conduct and would be difficult to implement and enforce.

“The resulting uncertainty and the perceived risk of having to provide sensitive and voluminous business records to the government could deter firms from implementing legitimate and pro-competitive price differences, or from participating in the Australian market at all,” the submission read.

“In a free market economy the ‘remedy’ for unjustified or excessive pricing is competition, not regulation. If competition is not functioning properly, that is addressable through existing provisions in the Competition and Consumer Law.”

In a separate submission to the review, Australia's peak telecommunications body, the Australian Communications Consumer Action Network (ACCAN), urged the review panel to assess the recommendations of the IT pricing inquiry and adopt where appropriate, singling out clearing up the "legal grey area" around the bypassing of geoblocking.