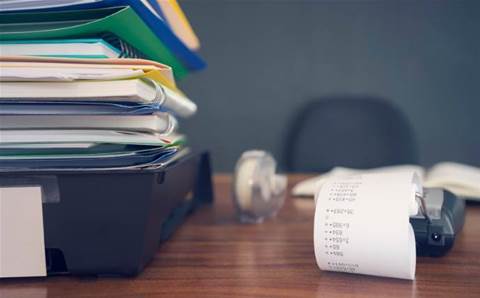 Amidst the chaos over leadership over the Liberal party, the senate has voted down the governments proposed tax cuts for big businesses.

The legislation, known as the enterprise tax plan, would have seen the corporate tax rate for companies earning more than $50 million annually cut from 30 percent to 25 percent by the 2026-27 financial year.

Immediately after the decision, prime minister Malcolm Turnbull fronted media alongside treasurer Scott Morrison and finance minister Mathias Cormann to announce that the coalition would drop the signature legislature from the next election.

Turnbull touted the government's other more successful efforts to bring down taxes for small businesses, which includes introducing an instant $20,000 asset write-off initiative, and handing $300 million to the states to remove "unnecessary regulatory barriers" to establishing a small business.

The bill was voted down 30 – 36 thanks to combined opposition from Labor, Greens, both One Nation senators, Centre Alliance senator Rex Patrick and independent senators Derryn Hinch and Tim Storer. Hinch had also proposed an amendment which would impose a ceiling on the new tax rate for companies earning more than $500 million annually.

Cormann had attempted to sway cross-bench by excluding the 'big four' banks from the reduced tax rate, which are currently the subject of a royal commission into misconduct, though the revised bill failed to gain traction among senators.

The bill's defeat couldn't come at a worse time for Turnbull, who is fending off a challenge from former home affairs minister Peter Dutton over leadership of the Liberal party.