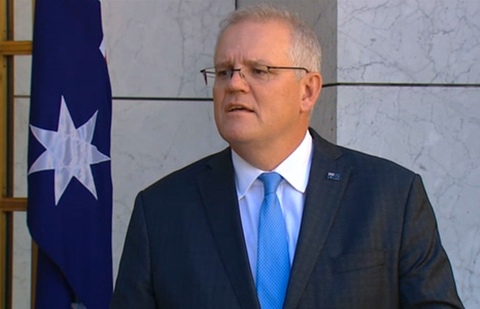 Prime minister Scott Morrison said in its new Blueprint for Critical Technologies document (pdf) that more than 60 areas of technology were critical to the national interest and promised millions of dollars in funding to keep strategic rivals from controlling industries from cyber security to medicine.

In recent months, Australia has pledged to spend billions of dollars to modernise its economy and cut dependence on China by spurring manufacturing in industries such as resources and critical minerals as well as backing low-emission technology.

Morrison said Australia has identified 63 technologies that the Government can not allow others to dominate. These include advanced cyber, genomics and novel antibiotics.

"In most cases having diverse well-functioning markets can meet our technology needs, but in some cases – for critical technologies – we need to ensure we can access and use such technologies reliably and safely, in good times and bad," Morrison said in a speech.

While Morrison highlighted 63 technologies, Australia will initially focus on supporting nine. The first of which will be quantum technology. Morrison pledged $100 million to commercialise quantum research and forge links with global markets and supply chains.

Such is the importance of the technology for Australia, the Government may also impose restrictions on domestic universities conducting joint research with foreign institutions across the 63 areas.

Quantum technology, based on core principles of physics, is still in its infancy but has become a darling of investors aspiring to revolutionise industries, from healthcare and finance to artificial intelligence and weather forecasting.

A 2020 report titled "Growing Australia’s Quantum Technology Industry" by the CSIRO, the national science agency, said it could generate over $4 billion and 16,000 jobs by 2040.

The announcement by Morrison was welcomed by Australia's information technology sector.

"Quantum technology has the potential to be a multi-billion dollar industry that generates thousands of Australian jobs," said Ron Gauci, chief executive officer of the Australian Information Industry Association (AIIA).