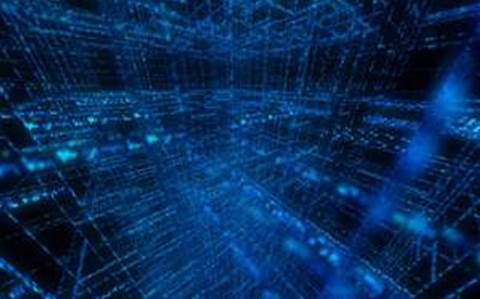 The one atom thick material is called graphene and its qualities lend themselves to the super powers found within the countless pages of comic book fiction. Except graphene is real.

The material isn't new to science. It's been known since the 1980's (you'll find trace elements of it in a regular pencil), but it wasn't until 2004 that researchers were able to conclusively isolate and explore graphene on the atomic scale.

Graphene's super density, incredible strength and sheer thinness is now enabling scientists to dream up kinds of promising future applications, a potential wonder material with herculean properties; suited to all kinds of industrial, medical and scientific endeavours including computing, space exploration, energy production (for use in solar power generation) and any number of hybrid technologies still being worked at in the lab.

Graphene, made from carbon, shares similar qualities to diamond, although it's much more robust and suited towards use in electronics. This is because it can conduct electricity 100 times faster than silicon and that's a huge step forward if we want to give robots and cyborgs any chance of advanced intelligence.

Under a microscope, graphene looks like an intricate honeycomb wall - carbon bonded atoms are densely packed in a lattice style webbing.

Graphene is also huge news in the manufacturing of computer chips, which up until now have been slowed down by problems usually associated with heat dissipation caused by silicon.

Scientists have longed for the day to replace silicon and various other nanotechnologies has been likened as the potential successor, but its Graphene that has the scientists most excited.

Carbon nanotubes have also been crossed with Graphene by Fujitsu labs earlier this year, to produce more efficient conductive sources:

You've probably already heard of graphite, which not surprisingly, shares its namesake with the wonder material.  Graphene forms part of the packed layers in that widely used industrial material - but the two materials are still markedly different.

While graphite is definitely strong and light (think tennis rackets for example), graphene is superman strong; about 200 times the strength of steel. Unfortunately, we're not likely to see graphene take over industrial processing anytime soon, as much as we'd like a graphene built fuselage for an airplane or for use in body armour.

Graphene may also have uses in the field of spintronics (which we discussed here) and as a promising material for use in NASA's much talked about space elevator. Graphene could play the perfect role in rocket technology, absorbing and reflecting vast amounts of heat.

The biggest problem for graphene use, is that its among the most expensive materials on the planet.  A piece of graphite, no greater than a small section of a human hair currently sells for around $1000, enough to make the use of it in personal computing a pipe dream for now.

Microscopic amounts of graphene can be found in regular pencil shavings and YouTube has a number of how-to videos aimed at showing how grahene can be potentially sourced, although the amount from a pencil flake will only produce miniscule amounts of single layer graphene - not enough for industrial purposes.